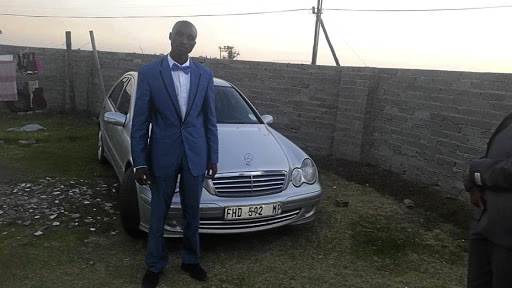 Bonginkosi Rumo claims to be an attorney, and is alleged to have fleeced his 'clients' under false pretences he would secure them bail.

Bonginkosi Chris Rumo of Secunda, in Mpumalanga, has been accused of fleecing money from people who have been arrested, under false pretenses.

Rumo, whose Facebook profile claims he is a founder and managing director of BC Mafulelea Transport, also masquerades as an attorney, but is not registered to practise law.

He also claims to have studied law at the Vaal University of Technology, an institution that does not offer a law degree, but only various law diplomas.

Nontombi Mngomezulu, 65, who arrived from a holiday in Kenya last Sunday, was asked by a relative to bail him out.

The relative was arrested for drunk-driving, and held at Kempton Park police station with other suspects.

Mngomezulu said she was given Rumo's contact details and told that he was an attorney who could assist suspects with instant bail applications.

Rumo told her he would arrange a bail application for her relative, who would be released within 16 hours.

He told her he was at church at the time of her call, but would expeditiously apply for his bail as soon as he received payment, said Mngomezulu.

"I then asked for his bank details so I could transfer the R2000 he needed, but he opted for a cash payment that could be withdrawn via an e-wallet deposit," she said.

She found it unusual for an attorney to request an e-wallet payment, but nevertheless sent the money.

Mngomezulu said she waited for Rumo's call, but to no avail.

The Ministry of Human Settlements on Monday alerted the public to fake Linked-in and Facebook accounts which claim to be that of Minister Lindiwe ...
News
5 years ago

"He also ignored my telephone calls and messages I sent him on Sunday.

"I had to get another attorney for my nephew," she said.

Mngomezulu said she is not the only victim. A number of other suspects were also given the contact details of the "attorney" to represent them.

Mngomezulu said though Rumo had promised to refund her R2000, he has not honoured his undertaking.

When contacted for comment last Thursday, Rumo said he was an attorney and was on his way to court.

He said it was Mngomezulu who was unco-operative.

Rumo said Mngomezulu has an account with FNB and he could not effect an EFT reversal to her account as he uses Capitec.

"I asked her to open a bank account at Capitec so I can deposit her money and she has not done so," Rumo said.

He promised to deposit Mngomezulu's money on Friday, but has not done so.

Mngomezulu said she knows she might not get her money from Rumo, but wants to warn others not to use the "attorney".