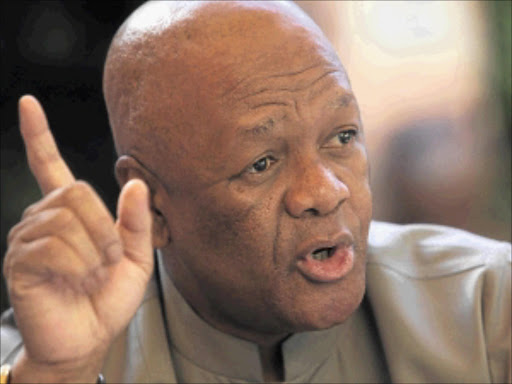 South Africa will invest $1 billion (R14.19bn) in South Sudan's oil sector, including in the construction of a refinery, the South African minister for energy and his South Sudanese counterpart for petroleum said on Friday.

The two ministers signed a memorandum of understanding (MoU) which will also involve South Africa taking part in the exploration of several oil blocks, they said.

"When this refinery is complete, it will have the capacity of producing 60,000 barrels of oil per day," Jeff Radebe, the South African minister said without giving further details.

A source close to the South Sudanese government however told Reuters that "there is no commitment to build a refinery" beyond the MoU calling for collaboration between the two countries to study the possibility of building it.

"What we have signed this morning is the cooperation between our two national oil companies, Nilepet and South Africa Energy Fund then from there the funding will come from Central Energy Fund (CEF) of South Africa," Ezekiel Lol Gatkuoth, the South Sudanese minister said.

Apart from exploration licences, Sudan also has under-developed blocks up for licensing, where oil is proven to exist
News
3 years ago

The CEF is a holding company whose main asset is South Africa's national oil and gas agency, PetroSA. Officials from the fund and the South African energy ministry were not immediately available for further comment.

Gatkuoth said the deal also offered avenues for cooperation in the construction of a pipeline to serve fields located in the south of the country.

South Sudan exports its crude through a pipeline that goes to a port in neighbouring Sudan to the north.

"It is instrumental to have a new pipeline," Gatkuoth said, without giving details on the timeline or potential cost.

The government wants to push production back up to 350,000 bpd, the level achieved in 2011 when the country secured independence from Sudan and before it slid into civil conflict.

A peace deal, between President Salva Kiir and rebels led by his former deputy Riek Machar, was signed in September.