Prisoners phone the justice minister… from behind bars with cellphones 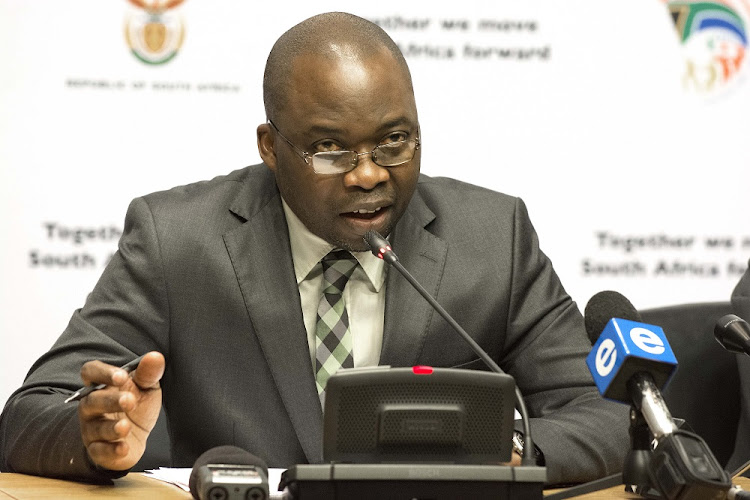 Criminals are so brazen in SA prisons that they even call justice and correctional services minister Michael Masutha using their cellphones - devices that are contraband behind bars.

“I will be lying if I say I never received a call by one or two inmates who claimed that they were inmates calling from a cellphone from a correctional centre and wanting my intervention on various complaints‚” revealed the minister.

He said he would refer the contact numbers appearing on his phone to the relevant prison management to follow up.

Cellphones and the use of cellphones in correctional centres are banned‚ and any inmate who uses or is in possession of a cellphone is in breach of the law.

Masutha was briefing journalists about recent security breaches at SA's prisons and the plans to reduce such breaches.

He said that over the past 12 months the department of correctional services has had to deal with several incidents of security breaches‚ ranging from escapes to the introduction of contraband‚ as well as misconduct.

The department had embarked on a number of responsive interventions‚ he said.

He revealed that‚ following a tip-off‚ the department had conducted a sting operation last Saturday in which the department's emergency support team at the Baviaanspoort Correctional Centre in Tshwane had apprehended two young females for possession of drugs and alcohol which were destined for inmates they were ostensibly visiting.

The suspects were behind bars and an investigation - which would also seek to establish the complicity of some of the department's officials - was under way.

Similar search operations were conducted at Boksburg‚ Modderbee and Johannesburg correctional centres and these operations had led to the confiscation of drugs and other contraband‚ said Masutha.

He said investigations had revealed that two correctional officials in Boksburg were supplying inmates with drugs‚ a matter which had been referred to the Hawks.

Masutha said that following the appointment of a new chief security officer at his department's head office in January‚ a number of measures had been implemented to enhance security in the country's correctional centres.

Convicted Czech criminal Radovan Krejcir snuck “contraband” into his cell at Leeuwkop prison‚ allowing him to do a telephonic interview with a radio ...
News
3 years ago

These included the establishment of a security committee to advise the department on security-related matters‚ the procurement of contraband detection equipment‚ implementing consequence management resulting from security breaches‚ conducting special operations by the emergency support team which conducted unannounced searches‚ and specialised training of security personnel to improve their tactical capability.

In this regard‚ the department took action against 3‚847 officials for various acts of misconduct. Of these‚ 128 were dismissed while 2‚743 were issued with warnings. A total of 99 officials were suspended without pay during the period between April 2017 to March 2018.

Masutha said in response to overcrowding and in order to enhance the bed space capacity of correctional services built infrastructure‚ by the end of the 2018/19 financial year‚ four additional correctional centres will have been completed. These are Escourt‚ Standerton‚ C-Max Kgosi Mampuru II and Tzaneen. He said the facilities will provide a total bed capacity of 1‚542.

Correctional services director-general Arthur Fraser said Bosasa no longer provides security to correctional services and that previously the company cooperated with the department when its employees were accused in smuggling contraband into prison and ensured the individuals involved were dismissed.