ANC Eastern Cape strongmen told to step down after 'wrongdoing' 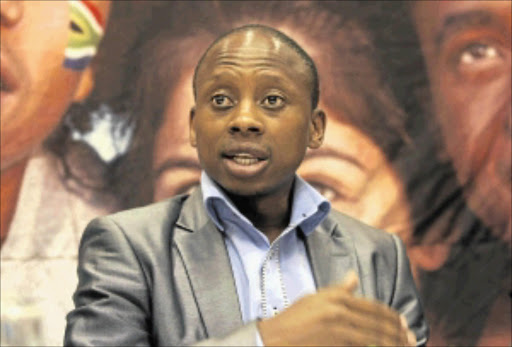 The ANC national working committee has called for the resignation of several people, among them Andile Lungisa as a member of the mayoral committee of the Nelson Mandela Bay Metro
Image: PEGGY NKOMO

The ANC national working committee (NWC) has called on two party strongmen in the Eastern Cape to step aside after being implicated in wrongdoing.

It also resolved that Buffalo City regional chairperson Pumlani Mkolo step aside for his involvement in the Nelson Mandela funeral funds scandal.

The NWC‚ following its meeting on Monday‚ resolved that Andile Lungisa must "resign as member of the mayoral committee of the Nelson Mandela Bay Metro and remain as an ordinary councillor until his court appeal process is concluded".

On Mkolo‚ it said the suspension sanction against him by the party's integrity committee‚ handed down in 2015‚ would stand until and if the NEC‚ to which he had appealed‚ ventilated the appeal and found differently.

Senior ANC leaders are descending on the Eastern Cape this weekend in a pre-election drive.
News
2 years ago

Lungisa has been under fire since his appointment to the position by NMB executive mayor Mongameli Bobani in August following the removal of Athol Trollip via a vote of no confidence.

This was despite the dark cloud hanging over Lungisa who was convicted for assaulting a fellow councillor but has since appealed against the sentence.

"The NWC further noted the implementation of the NEC decision directing comrade Andile Lungisa to resign as a member of the mayoral committee of the Nelson Mandela Metro and remain as an ordinary councillor until his court appeal process is concluded‚" the NWC statement read.

The regional committee had appealed against the PEC decision but that was dismissed by the ANC national dispute resolution committee.