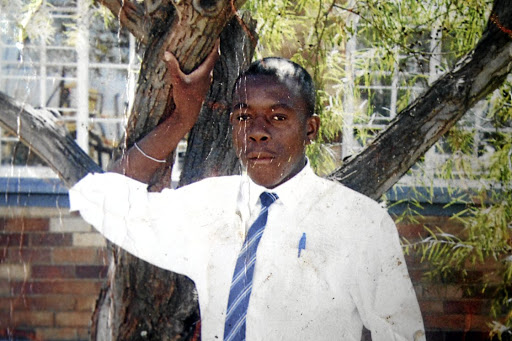 Moses Mbedzi is stranded in Cape Town as he has no money to return home in Gauteng.
Image: Supplied

About 40 Gauteng people are starving and trapped in the Western Cape with no money to return home after working for three months without pay.

They were recruited by A Tracker to instal energy-saving LED lights at Shoprite stores in August. The workers have since lodged a complaint with the department of labour against Abram Dube, who owns A Tracker.

This was after they worked at the retail outlets in different parts of the province, including Paarl and Vredenburg.

Sowetan has seen a letter of appointment to employees, which stated that each worker recruited by Dube would earn about R8000 monthly for installing 40 LED lights a day.

Yesterday, Siphiwe Khumalo, 42, said most of them arrived in August with very little or no money and survived by sharing food and getting handouts from sympathetic locals.

He said at the end of the first month, Dube told them his company had no money to pay them and needed two weeks to resolve his financial issues. But they were never paid and Dube avoided their calls.

Khumalo said they lodged the complaint after Dube allegedly failed to pay them as agreed for three months.

Khumalo, who is still in Vredenburg, said some people had managed to get money to travel home to Gauteng yesterday after months of strife.

"Some of us are still trapped here because we don't have money to go back home."

In Johannesburg you have to pay to picket. Activists have had enough
News
3 years ago

Another worker, Moses Mbedzi, said he could not return home because his family could not afford to send him money. "We are struggling here and there's nothing my mother can do because she is unemployed. She has to look after seven grandchildren after my sisters died leaving their kids orphaned," he said.

A third worker, Leah Moleli, said: "Some of us owe people because we took loans to get here. But now we have nothing because we were not paid."

A letter from the department of labour shows that the complaint laid by the workers was referred to the Boksburg labour centre in Ekurhuleni for investigation.

When contacted for comment, the Shoprite Group confirmed the company was working on a massive LED retrofit rollout project meant to reduce the company's carbon footprint.

However, they had no direct link to the hiring of staff for the project as it was managed by another company called Kedah Synergy Corporation.

Yesterday, Dube said he was contracted by Kedah Synergy to instal lights at 840 stores over a period of 16 months while creating 150 job opportunities, however financial challenges were hindering the project.

He said the company had managed to secure some funding to cover operational expenses and salaries until October.

Dube said team of 30 people were stationed in Paarl but decided to split into two groups because of internal conflicts which resulted in them not completing the work assigned to them. He said so far 22 stores had been serviced, adding that they needed to pay for lamp disposal certificates and other documents in order to invoice Kedah Synergy.

"We are also facing a challenge to continue in November because the company that is lending us step ladders and scaffolding has suspended services," Dube said.