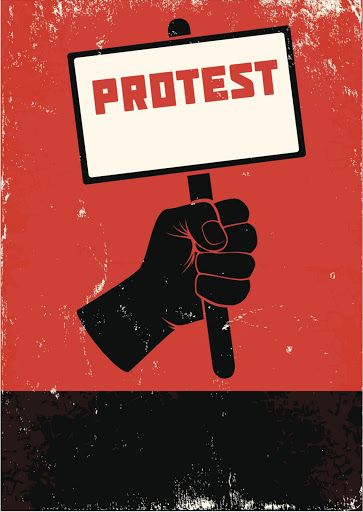 The Constitutional Court on Monday struck down a law which made it a criminal offence to convene a peaceful march without notifying the responsible officer of a municipality.

The court also set aside the convictions of 10 people, found guilty by the Bellville Magistrate’s Court of contravening section 12(1)(a) of the Regulation of Gatherings Act.

Ten members of the Social Justice Coalition, a nongovernment organisation‚ were arrested in 2013 after chaining themselves together on the steps of the Cape Town Civic Centre‚ demanding to meet the mayor.

For years they had tried, without success, to address chronic sanitation problems in Khayelitsha with the city. For their demonstration‚ they had intended to stay within the law by having only 15 protesters‚ but the crowd swelled and the convenors of the gathering were charged.

They appealed against the convictions in the high court in Cape Town and challenged the constitutionality of Section 12(1(a) of the act.

The high court upheld their appeal and declared the section unconstitutional but the minister of police appealed the high court's decision.

In a unanimous judgment, acting constitutional court judge Xola Petse said section 12(1)(a) of the act constituted an unjustifiable limitation of the constitutional right for people, peacefully and unarmed, to assemble, picket and present petitions.

"Nowadays, progressive democracies, including our own, recognise that the right to freedom of assembly ‘is central … to constitutional democracy'. People who lack political and economic power have only protests as a tool to communicate their legitimate concerns," Petse said.

He said to take away that tool would undermine the promise in the constitution’s preamble that South Africa belonged to all who live in the country, and not only a powerful elite.

"It would also frustrate a stanchion of our democracy: public participation. This is all the more pertinent given the increasing rates of protest in constitutional South Africa lately," Petse said.

Too much blood spilt at protests

A university is supposed to be a place where future leaders of the country in different fields are moulded.
Opinion
3 years ago
Next Article