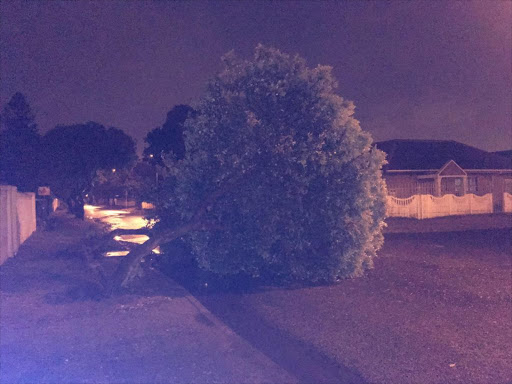 Big business is backing a South African fund in a move to eradicate invasive trees around Cape Town and yield billions of litres of water.
Image: Esa Alexander

Big business is backing a South African fund to eradicate invasive trees around Cape Town and yield billions of litres of water as the city emerges from its worst drought in a century, officials said on Friday.

Alien species, such as eucalyptus trees which are largely native to Australia, are thirstier than indigenous vegetation and draw more groundwater through their roots. Preliminary studies estimate 1.8 billion litres of water is lost each year due to alien plants on one aquifer north of Cape Town.

"In order to secure our long-term water supplies, we need to pursue a range of cost effective strategies. One of those is to clear vegetation in our catchments that reduce the runoff into our dams," Ian Neilson, Cape Town's deputy mayor, said in a statement.

ENVIRONMENTALLY harmful plants have become a blessing for pupils at Boitumelo High School in the Free State town of Ficksburg. Yesterday 250 desks ...
News
9 years ago

An initial 53 million rand ($3.7 million) has been committed to the new Greater Cape Town Water Fund, which has been pioneered by global conservation organisation Nature Conservancy.

The group said plans by the city for desalination, recycling waste water and tapping groundwater supplies would cost on average 10 times more to supply each litre of water than clearing invasive eucalyptus, pine and acacia trees.

The Nature Conservancy added that 372 million rand could fund a 30-year programme to clear invasive trees and prevent them from returning to seven sub-catchments supplying around three-quarters of Cape Town's water needs.

"In its first six years, a programme of clearing invasive plants could yield 56 billion litres of new supplies," it said in a statement. ($1 = 14.2250 rand)