Don't hurt the ANC because of who is in charge - Zuma 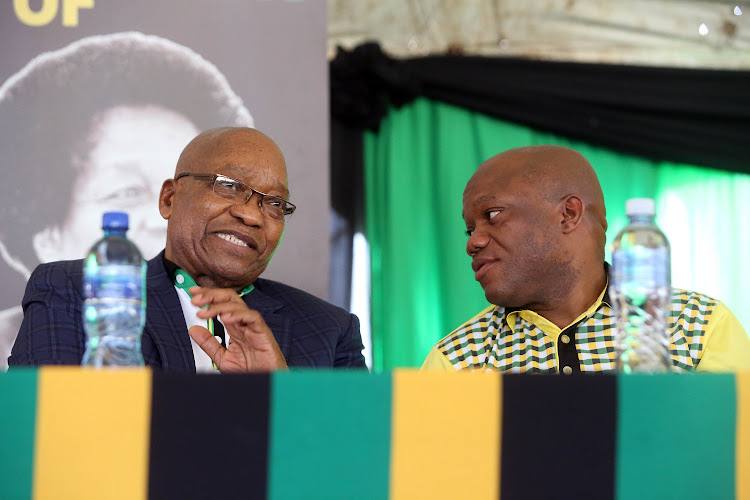 Former president Jacob Zuma raised the spectre of factionalism and divisions in the ANC and said people should be loyal to the party and not its leaders.

He was speaking in KwaMashu on Friday as he and other leading party figures hit the campaign trail in Durban.

His plea comes at a time when the ANC is trying to consolidate its support base in the province ahead of the 2019 general elections.

“We need to love the ANC regardless of who they put in place to lead… It’s fine if we don’t like the person, we will remove them at the conference… [but] we can’t remove the ANC from ruling,” he said.

“People who don’t like me would say [they] don’t want vote for the ANC because it’s led by Zuma. That’s not the ANC’s fault. We need not cast doubt on the ANC when we are looking for someone to lead the nation; the ANC has done nothing [wrong].”

Zuma is warmly greeted by commuters as he hands out pamphlets. All part of a push by the ruling party ahead of elections in 2019 @TimesLIVE pic.twitter.com/YDF680fhu8

Shortly after dawn, Zuma meandered through a city taxi rank handing out flyers and urging potential voters to turn out at the polls in their numbers.

“You mustn’t make the ANC lose because you don’t want Zuma. We must put our anger aside and vote ANC… don’t hurt the ANC because of Zuma,” he said.

The party has been plagued by divisions, with the outcomes of provincial conferences regularly challenged in court.

This has, in the lead-up to elections, provided a challenge for the ANC, which is trying to project an image of unity.

“The ANC did a big thing; they fought for the nation. People were killed, people were arrested and [the ANC] is now in charge. We can’t say just because we don’t like the leadership we must now give it to other people to lead," Zuma said.

He also used the occasion to take an swipe at the Economic Freedom Fighters.

“We must know next year is the ultimate [challenge] and we are taking it. We are voting ANC. If there are things the leadership is doing that we don’t like we must vote and call them aside and tell them what or who we don’t like,” he said.