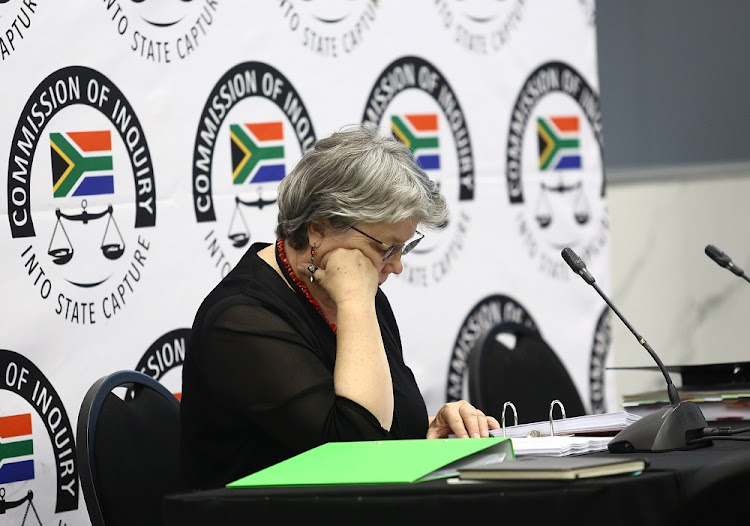 Former public enterprises minister Barbara Hogan has described the intense lobbying by an Indian airline to take over the lucrative SA Airways route to Mumbai – a deal that was eventually clinched after Hogan was replaced by Malusi Gigaba.

Hogan‚ who was testifying before the commission of inquiry into state capture on Wednesday‚ described a state visit to India in June 2010‚ when Jet Airways chief executive Naresh Goyal was “desperate” to meet her.

“Whilst I was there‚ I was informed by my special adviser that she had received information that SAA intended to terminate its South Africa-Mumbai route. SAA had specifically opened up that route‚ not only to service a rapidly growing business and tourist relationship between South Africa and India‚ but furthermore‚ SAA was one of the few airlines that were flying from southern Africa to South Asia‚” Hogan said.

“I was also aware that a lot of the international routes were recording losses but the Mumbai route was the least loss-making route. When I heard that SAA was going to terminate its route to Mumbai‚ I was confused.”

She said she immediately sent an SMS to then SAA chairperson‚ Cheryl Carolus‚ asking if the rumour was true. Carolus responded that the airline would not terminate the Mumbai route‚ although Jet Airways was lobbying for it to happen.

“I saw this on at least one occasion‚ in an off-site meeting I was having‚ that [Goyal] was pushing himself into those meetings‚ and I was a little concerned about that. I said I’m not going to meet with Goyal. It became almost desperate. We had to attend a fashion show by the Indian fashion industry‚ and as I was leaving‚ Goyal literally jumped over the chairs‚ knocking them over and stood in front of me and said‚ ‘Minister‚ I need to see you’‚” Hogan said.

Hogan was fired later that month and replaced by Gigaba. In 2013‚ SAA and Jet Airways entered into a code-sharing agreement for the same routes‚ and in 2015 SAA announced it would cut its Johannesburg-Mumbai route completely.

Hogan’s testimony ties up with evidence by former ANC MP Vytjie Mentor‚ who said she was called to a meeting with Ajay Gupta shortly before Hogan was fired. Gupta allegedly offered Hogan’s ministerial position to Mentor on the basis that she would terminate the SAA-Mumbai route once she took office.

Former public enterprises minister Barbara Hogan finally gave her much anticipated evidence at the commission of inquiry into state capture yesterday.
Opinion
3 years ago
Next Article