'I have no new ideas... they are already there,' acting NPA boss Silas Ramaite tells panel at his job interview 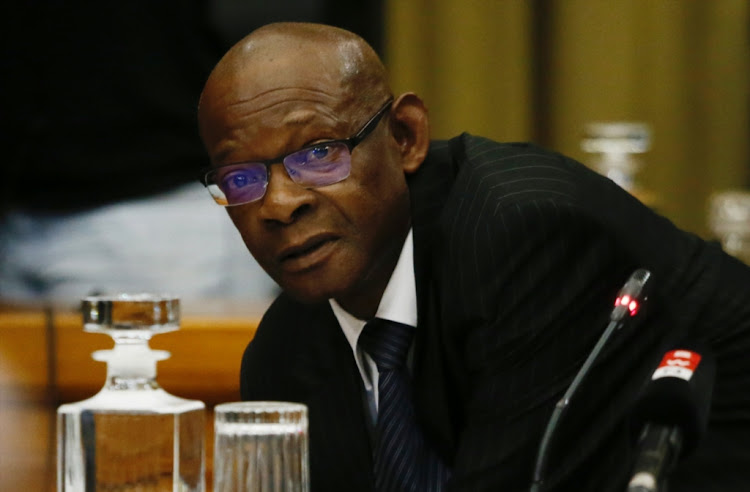 When asked directly about the chaos plaguing the NPA, its acting head, advocate Silas Ramaite, referred to a long-standing culture in the organisation.
Image: Gallo Images / Phill Magakoe

Acting national director of public prosecutions (NDPP) Silas Ramaite faced a grilling from an eight-member interviewing panel, with a panel member saying he "deprived them from insight" into the National Prosecuting Authority (NPA).

Ramaite was the first of 11 candidates who have applied to be given the position permanently. The candidates will be interviewed in the next three days by the panel chaired by energy minister Jeff Radebe.

In response to varied questions, Ramaite was vague and obfuscated, raising the ire of many panelists.

"There shouldn’t be any concern about the NPA," he said.

When asked directly of the chaos plaguing the NPA, Ramaite constantly referred to a long-standing culture in the organisation.

Radebe had to interrupt him on several occasions, and implored him to be more specific.

"You have been asked direct questions. We want to know what’s happening in the NPA. What’s your role?" Radebe asked.

Despite being repeatedly criticised for failing to answer questions, the acting National Director of Public Prosecutions [NDPP] on Wednesday ...
News
3 years ago

When he was specifically asked what he would do differently, Ramaite said he had no new ideas to bring to the NPA.

"The ideas are not fresh at all, they are already there," he said.

When Ramaite was pressed as to the cause of instability at the NPA, he said only that it was the exit of the two former NDPPs, Mxolisi Nxasana and Shaun Abrahams, that had affected the organisation.

“I am not personally aware of any interference [at the NPA],” he said.

Interviews for the National Director of Public Prosecutions position kicked off at the Union Buildings in Pretoria on Wednesday.
News
3 years ago

Ramaite said he often disagreed with decisions taken, but had not taken matters further.

"We just agreed to disagree," he said.

He was further chastised by a panellist for talking about the NPA as if he was not there.

Ramaite has been acting NDPP since August this year when the Constitutional Court found that Abrahams’ appointment was invalid.

He has been a deputy director of public prosecutions for more than 15 years.

The interviewing panel is expected to interview five candidates on Wednesday.

The interviews were open to the media after the North Gauteng High Court ruled in favour of the Right2Know campaign for media access.