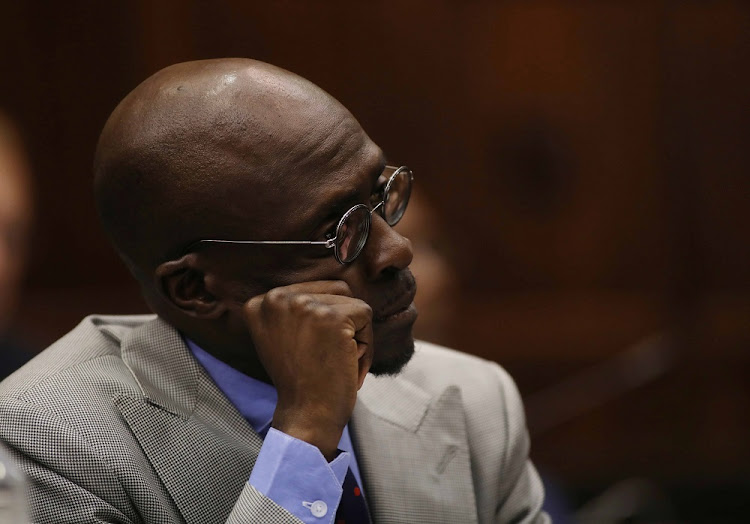 Minister of Home Affairs at the paliamentary committee on Home affairs and is expected to face tough questions from MP's. November 06, 2018.
Image: ESA ALEXANDER/SUNDAYTIMES

In 2007, Malusi Gigaba, then deputy minister of home affairs, was forced to repay his department R1020 for flowers he bought for his then wife Nok'thaba using the department's budget.

In 2010 Gigaba's marital bliss turned into a nightmare after Nok'thaba applied for a protection order against him. She accused him of "emotional, financial and psychological abuse". They divorced after several public fallouts.

In 2015, Gigaba was embroiled in an extra-marital affair after his girlfriend, New York-based stylist Buhle Mkhize, mentioned how he spoilt her. He allegedly sent her cash, gifts and paid for her trips which she said were co-ordinated by the SA intelligence agency.

In 2016, Mkhize's tell-all letter detailing their affair alleged that he seemed to have been struggling to handle his affairs at home.

In 2017, Gigaba's wife Noma was interviewed on eNCA and she referred to the affair her husband had, saying they had "reconciled".

In September this year, it emerged that more than R7m was spent on many of Gigaba's luxury travel for spouses and children. The biggest expenditure of R670 000 was on Gigaba's wife when she accompanied him to New York and across Asia.

Last moth a sex video was circulated on social media and Gigaga claimed political blackmail. In the video Gigaba is heard saying: "Imagine if this was in your mouth", while playing with his manhood. He claimed that the video was intended for his wife and that his phone was hacked.

Fall of a rising star seemingly destined for highest office.
News
3 years ago

If former home affairs minister Malusi Gigaba's most recent quotes are anything to go by, it's a surprise he resigned yesterday.
News
3 years ago

Despite his unexpected resignation on Tuesday former Home Affairs minister Malusi Gigaba may not be off the hook just yet.
News
3 years ago
Next Article