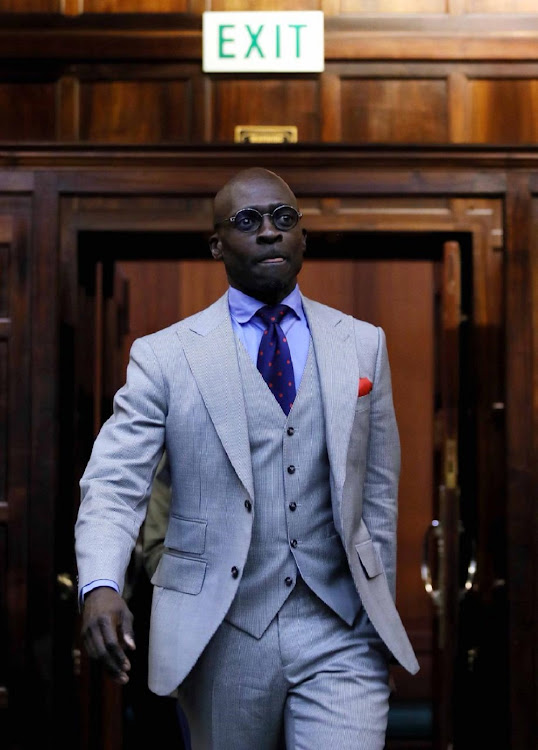 Despite his unexpected resignation on Tuesday former Home Affairs minister Malusi Gigaba may not be off the hook just yet.

The Democratic Alliance said it would still pursue charges of perjury against Gigaba, while the EFF slammed him as corrupt, unpatriotic and dishonourable.

President Cyril Ramaphosa’s office announced Gigaba’s resignation on Tuesday afternoon, a few hours before the deadline given to him by Public Protector Busisiwe Mkhwebane to act against the former minister of home affairs for allegedly having lied to the courts.

Gigaba had initially put on a brave face, mounting a fight back and claiming that there was a campaign aimed at blocking him from his presidential ambitions.

His public statements had suggested that he would stay put until Ramaphosa took action against him - but on Tuesday he resigned.

In a statement by the Presidency on Tuesday, Gigaba was quoted as saying he had resigned for the sake of “our country and the movement [the ANC]”.

“Further to relieve the President from undue pressure and allow him to focus on improving the lives of the people of South Africa and for him to do the best he can to serve the country and save it from this economic meltdown," the statement read.

DA chief whip John Steenhuisen said his party believed Gigaba’s resignation did not recuse him of his wrongdoing.

“We have already laid criminal charges of perjury against Mr Gigaba and will pursue those charges to ensure justice is served,” said Steenhuisen.

He further added that the party would also continue with its legal bid against Ramaphosa, seeking to declare the appointment of Gigaba and minster for women Bathabile Dlamini as unlawful, unconstitutional and invalid.

“We must not forget that it was under Gigaba’s first tenure as home affairs minister that draconian and job-killing visa regulations were implemented, damaging large sectors of our economy. And it was under Gigaba’s tenure as finance minister that taxes were increased – including VAT to 15% - and SOEs continued to receive massive bailouts at the expense of the South African people,” charged Steenhuisen.

The EFF, although welcoming his resignation, slammed Gigaba as a liar.

“His stubbornness to remain in office despite the undeniable evidence against him regarding the Fireblade Airport saga and his blatant disregard for the rule of law, have made him a dishonourable public representative and have clearly illustrated that he does not have the interests of the people of South Africa at heart,” said EFF spokesperson Mbuyiseni Ndlozi in a statement.

“Malusi Gigaba had been a Gupta stooge who was the engine of state capture under Jacob Zuma. He ensured that the Guptas attain citizenship in South Africa, aiding them to qualify for deals with state-owned enterprises. Throughout his tenure as minister Malusi Gigaba has been a shame, corrupt and unpatriotic,” he added.

ANC spokesperson Pule Mabe could not be reached at the time of publishing. But the South African Communist Party (SACP) said it welcomed Gigaba’s resignation.

“The SACP commends Gigaba for the decision, taking into account all the circumstances. In particular the SACP welcomes the reasons he has given for resigning,” the party said in a statement.