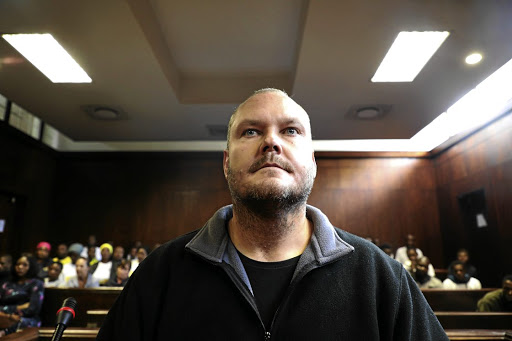 The man accused of killing a car guard in Springs has overcome the first hurdle towards his bail application in the Springs magistrate’s court on Tuesday.

Lawyers representing Lukas van der Merwe, 39, made application before the formal bail hearing that the state provides the defence with hospital records of the Vusi Mgqiwa, the man that their client is accused of killing.

Van der Merwe’s lawyer Pieter Wilkins told the court that the defence needed the hospital records in order to verify if the offence before the court was indeed a Schedule 6 offence.

Wilkins said the defence needed information on the hospital records as it held a view that the deceased did not die due to the assault.

“The most probable cause of death was not the assault but when the deceased fell backwards and knocked his head,” Wilkins said.

But prosecutor Bhekisisa Mbatha rejected Wilkins' suggestion, saying the hospital records and postmoterm results formed part of the docket and the law does not allow the defence to access the docket “at this stage”.

Mbatha went on to inform the court that when the investigating officer comes to the court during the bail hearing, he will use information from the hospital records.

The defence also is not allowed to make any copy or take pictures of the documents.Vusi Mgiqwa, 25, was assaulted by Van der Merwe on October 26 outside a restaurant in Selcourt, Springs.

An eyewitness, who had come to buy food told Sowetan that a motorist punched Mgiqwa unprovoked. He fell on his head and later died in hospital.

The family of the car guard who was brutally killed in Springs, Ekurhuleni, has called for the man accused of murder not to be granted bail
News
3 years ago
Next Article