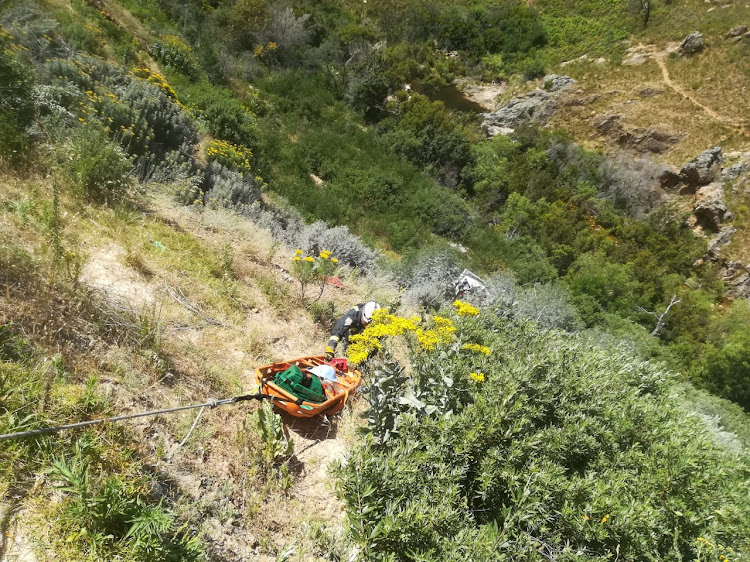 A truck crashed down an embankment with a father and his two kids.
Image: SUPPLIED/TWITTER ER24

A man and two boys were left injured after the truck they were travelling in crashed down an embankment on Du Toitskloof Pass in the Western Cape on Monday afternoon.

ER24 paramedics‚ along with Metro Rescue‚ arrived at the scene shortly before 2pm. They found two boys standing next to the road.

It is believed that the children managed to get to the top of the embankment on their own. Paramedics found that both had sustained moderate injuries.

Paramedics were then led to where the truck left the road. The vehicle was lying down an embankment about 50m from the roadway.

A man was still trapped inside the truck. He had sustained serious injuries and had to be extricated using the Jaws of Life.

The trio were taken to hospital for further medical care.

The exact circumstances surrounding the incident were not known to paramedics‚ but local authorities were on the scene.