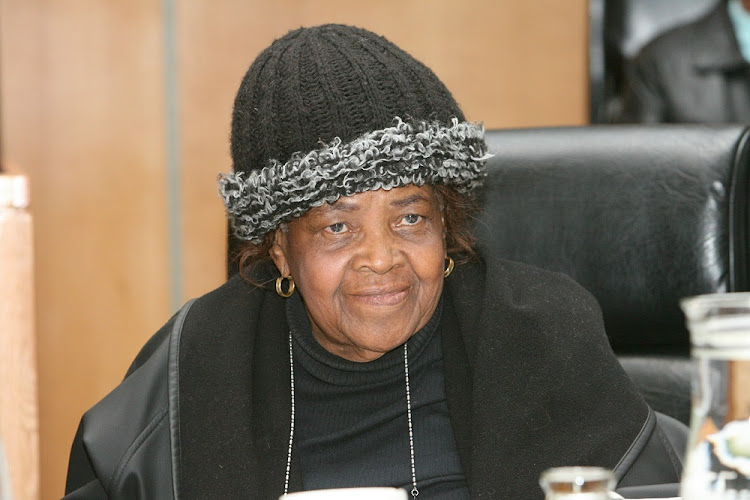 This is what late author Miriam Tlali shared four years ago when she was named as an icon of the acclaimed series 21 ICONS South Africa‚ an annual collection of photographs and short films of South Africans who have reached the pinnacle of achievement in their respective fields.

On Sunday‚ she was honoured by Google in South Africa.

Today's #Googledoole in South Africa celebrates Miriam Tlali’s 85th Birthday. She was the first black South African woman to publish a novel. She courageously spoke out against injustice at a time it was almost impossible to do so. pic.twitter.com/cpkj1Y1iH9

Born on November 11 1933 in Doornfontein‚ Johannesburg‚ Tlali grew up in Sophiatown. Her family was forcefully removed to Moroka‚ Soweto‚ in 1962. She later lived in the same house.

Tlali‚ who died in 2017‚ was the first black woman in South Africa to publish a novel‚ Muriel at Metropolitan‚ a semi-autobiography which was based on her time as a clerk at a furniture store in downtown Johannesburg during the height of apartheid.

She was also the author of the critically acclaimed Amandla‚ which reflected on the 1976 student uprising. Her literature took her all over the world‚ including a residency at Yale University in America.

In an archived article‚ Daniella Hess reported in Sunday World in 2014 that Tlali had matriculated at the age of 15.

While she registered to study for a BA at Wits University‚ tightened apartheid laws scuppered this. She then headed to the Pius XII Catholic University (now the University of Lesotho) but was unable to continue her studies due to financial constraints.

This was when she found a job as a bookkeeper at the furniture store‚ which she disliked so much she left the position to be a stay-at-home mother and care for her ailing mother-in-law in 1969. It was then that Tlali penned and completed Muriel at Metropolitan.

"I was surprised that I was the first black woman to write a book. I took it for granted that there must be someone else who had authored literature‚ only to find out that when I had finished writing and submitted it to the publisher‚ that I was in fact the first African woman in South Africa to write and publish a book‚" Tlali was quoted as saying in Sunday World.

The novel was only published six years later in 1975 and‚ in 1979‚ it was banned by the apartheid government. However‚ it was published internationally under the title Between Two Worlds by Longman African Classics. Tlali published her second novel Amandla - meaning power - in 1980. In 1984‚ she wrote a collection of short stories titled Mihloti (tears) and‚ in 1989‚ Footprints in the Quag: Stories and Dialogues from Soweto was published.

Chris Barron in the Sunday Times reported that her book Amandla tackled for the first time the issue of sexual violence against women in the anti-apartheid struggle. Student leader Pholoso‚ the hero of Amandla‚ names the scourge of sexual molestation as a reason why more women are not participating in political activity.

Tlali's Footprints in the Quag‚ said Barron‚ exposed the then generally unacknowledged scale of domestic violence‚ rape and sexual harassment in Soweto.

Among numerous awards‚ she received the presidential award‚ the Order of Ikhamanga (Silver)‚ in 2008.

The Sunday Times reported in her obituary last year that Tlali was survived by two grandchildren and two great-grandchildren. Her husband‚ Stephen Lehutso‚ died in 2001. Her son Moses died in 2004 and her daughter Molebogeng died in 2012.