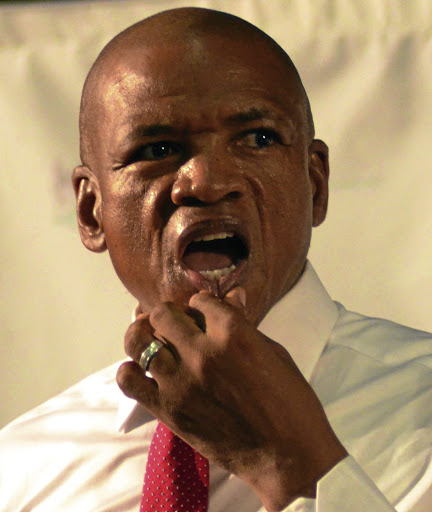 Judge Seun Moshidi sent Mahumapelo packing‚ saying the application was not deserving of an urgent hearing.

Mahumapelo and the disgruntled branches petitioned the court to hear their application for the nullification of the NEC’s decision to dissolve the provincial executive committee‚ (PEC) which he led.

In August‚ the NEC took a decision to dissolve the then Mahumapelo-led North West PEC and subsequently appointed a provincial task team in September.

But Mahumapelo said the fight was not over yet‚ saying his "multi-pronged" strategy would involve getting the national general council (NGC) of the party to look into the matter.

Supra digs in‚ accuses ANC of being ‘inconsistent’ with its constitution

Supra Mahumapelo has accused of the ANC's NEC of double standards.
News
3 years ago

Mahumapelo said he had also written to ANC secretary-general Ace Magashule‚ suggesting a political solution to the impasse.

He said that since the decision to disband the North West PEC was taken by the NEC‚ the ANC's highest decision-making body between conferences‚ their confidence was now in the NGC to ventilate the matter.

But the court route would also be pursued once more‚ albeit no more on an urgent basis as they had hoped.

"Yesterday (Thursday) I wrote a letter to the secretary-general (Magashule) and there is a proposal at the end... We think we can take the matter forward‚" said Mahumapelo.

"But because the decision is taken by the national executive committee‚ which is the only structure that can review that decision‚ there is nothing more to exhaust in the ANC internally‚ and that is why we were forced by the prevailing circumstances to come to court.

"If the matter is not sorted out now‚ we will bring to the attention of the national general council the posture taken by the NEC in cutting corners in dealing with very complex political issues‚ and we hope the NGC will resolve that matter so that future NEC members do not have to cut corners."

Mahumapelo said the manner in which the incumbent NEC was running the affairs of the party was suspicious‚ particularly its treatment of those that supported a particular slate at conference.

Said Mahumapelo: "As the province‚ the treatment we are getting from the current national executive committee is not an appropriate one."

Mahumapelo said he had reported to the ANC top six early this year about an unofficial structure of ANC members in the province which branded itself 'The Revolutionary Council'.

"We said to them: Do something about it. And these people are saying they supported CR17 (the Ramaphosa slate) at the conference.

"The ANC officials did nothing about it‚ so we thought that going forward the NEC would deal with that matter - but they also decided to brush those issues aside."