Supra digs in‚ accuses ANC of being ‘inconsistent’ with its constitution 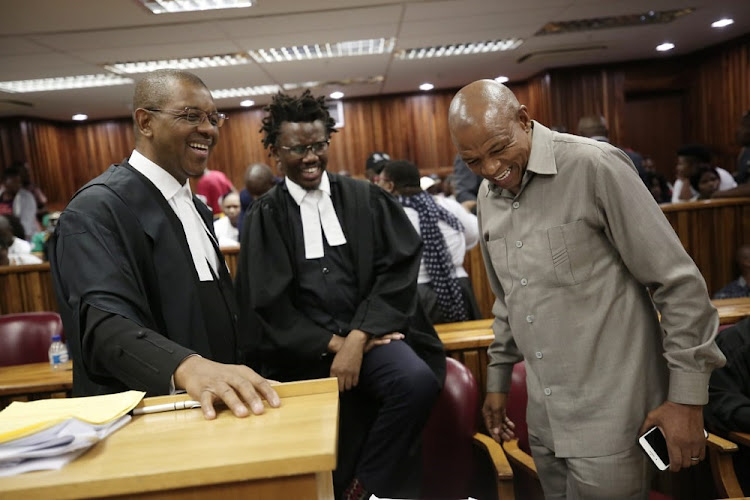 Former ANC North West chairperson Supra Mahumapelo has accused the ANC's National Executive Committee (NEC) of double standards and of being "inconsistent” with the party’s constitution.

Mahumapelo was speaking to the media at the Johannesburg High Court‚ where some of the country's best legal minds were battling it out in yet another ANC versus ANC court application.

The court is hearing an urgent application by disgruntled ANC North West regions which want the court to declare as null and void the disbandment of the party’s North West provincial executive committee (PEC) by the party's highest decision-making body.

During a short adjournment‚ Mahumapelo‚ who joined the matter last week‚ held a brief media conference. He said the NEC had left him with no choice but to go outside party structures.

He launched a scathing attack on the NEC‚ saying the disbandment of the PEC was tantamount of a purge of those who did not support the hegemonic leadership elected at Nasrec.

“Comrades were talking and sending messages after Nasrec‚ saying what the leadership was going to do to those who didn’t support them. This [our disbandment] is confirmation‚” said Mahumapelo.

“The NEC‚ in the case of the Eastern Cape‚ appointed the Sbu Ndebele task team‚ which said‚ ‘Disband that PEC’. But the NEC went against that decision.

“What is clear is that the decision [to disband the North West PEC] is inconsistent with the constitution of the ANC.”

In the court hearing‚ Advocate William Mkhari‚ representing the ANC NEC‚ asked the court to reject the application for urgency‚ saying the applicants had failed to explain why it was urgent.

According to Mkhari‚ it was inexcusable that the applicants only initiated their application for the nullification of the NEC 24 days after the decision to disband the NW PEC was communicated.

Advocate Dali Mpofu is set to argue for Mahumapelo‚ while Advocate Thembeka Ngcukaitobi will be representing the disgruntled regions of the ANC in the North West.