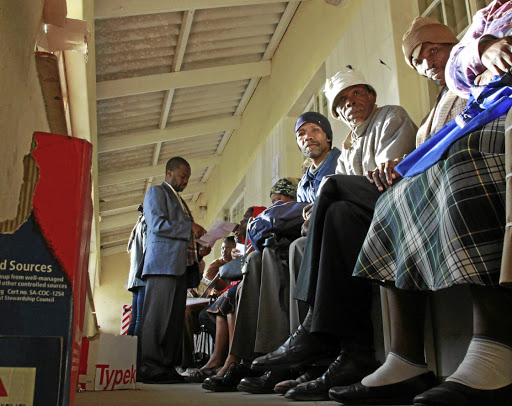 An absent father has spent more than R50 000 of his child's social grant money over a period of 16 years while the mother struggled to feed their child.

A Soweto mother, who cannot be named to protect her son, said she was distraught after finding out that her abusive ex-boyfriend had applied for and had been fraudulently spending the monthly social security grant meant for the child.

"He showed me the Sassa card and said I was stupid and useless. He said if I told the police what he did, I would be the one who goes to prison because he would tell them I knew about it. He said it was his right to have the money, because this is also his child."

The mother of five said she had been with the man since 1979 and ended their on-and-off relationship in 2008 after years of physical and emotional abuse.

"On Fridays he would beat me, my mother, my stepfather and anyone who was in his way. It got to a point where I would go and sleep next door on Fridays to avoid him because he would be drunk."

She said the man told her that he took their child's birth certificate and went to apply for a grant when she went to her cleaning job in 2002.

"I had been struggling with looking after my child, so I decided to go and apply for a grant in 2015. I went to the Tshiawelo Sassa offices and they told me someone had been claiming the money since my child was a toddler."

She said she was speaking out now because she had been struggling to change her child's surname to her own because the alleged fraudster was missing.

"I have no idea if he is dead or alive. I haven't seen him in years and we need him to change the surname. I'm not interested in the grant now because the child will be turning 18 next year," she said.

She said she does not want to wait for her son to turn 18 because the issue of his surname is affecting him.

Thulisile Nhlapo, spokesperson for minister of social development Susan Shabangu, said the mother had the right to block the account because the child is in her care.

"She must go to the nearest Sassa office and request to block the card. She should also open a case of fraud against the father and we can provide the financial proof to support her case," she said.