Portraits of newsmakers put artist on the map 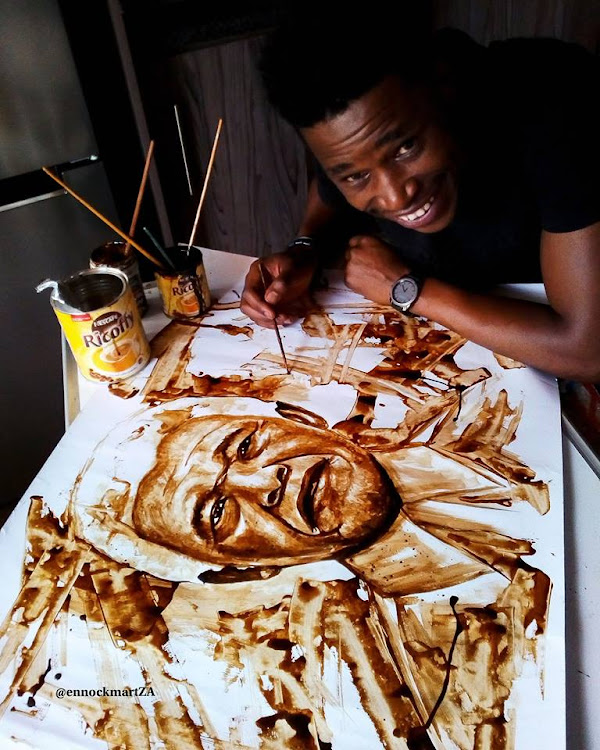 Mlangeni, 27, a self-taught artist from  Zamdela township in the Free State,  has been making waves since he drew a portrait of  Winnie Madikizela-Mandela after her death.

“After grade 12 I could not further my studies [due to lack of funds]. I polished my art skills further and  made it my career,” he told Sowetan yesterday.

Mlangeni, who also recently used coffee powder to paint a portrait of DJ Black Coffee, said he made the painting as part of Nestle Ricoffy's heritage edition.

The trial of Pastor Tim Omotosso, where his alleged rape survivor Cheryl Zondi testified, also inspired Mlangeni to pay tribute to Zondi’s bravery with a portrait.

He said he drew  Zondi to show support to her because of the “harsh tragedies”  that have been happening to women is SA.

“I felt inspired by her speaking out and the bravery she displayed on national TV about her sexual assault and breaking the silence,” said Mlangeni.

He sells sketches to customers for up to R15 000 depending on the size of the portrait.

“Style is unique and I aim my art at people who purchase investment art,” said Mlangeni.