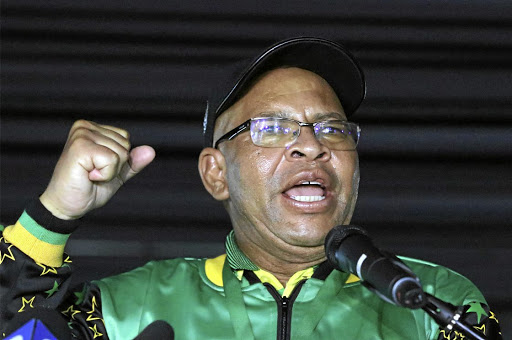 The cash-strapped Fetakgomo-Tubatse local municipality in Limpopo will be placed under administration.

The council has been unable to pay salaries and has since suspended major projects as result of cash flow crisis caused by its investment of millions of rand into the collapsed VBS Mutual Bank.

Limpopo Premier Stan Mathabatha announced yesterday that the provincial government will soon take over the municipality in Sekhukhune. It had illegally invested more than R200m into the mutual bank.

“The situation in Fetakgomo-Tubatse is dire. We will be sending provincial administrators to start with the administering process,” said Mathabatha, adding that he had also instructed the MEC for cooperative governance, Jerry Ndou, to present in the next executive council meeting that more municipalities should be put under administration because of their inability to provide necessary services.

The Fetakgomo-Tubatse municipality was expected to suspend municipal manager Patience Busani and chief financial office Frank Maredi during a special sitting on Thursday.

Mathabatha said: “We will ensure that basic service provision continues unabated at local level. Recovery plans are being developed and implemented to ensure services are not compromised. However, when [we] bail out these municipalities their councils will have to be dissolved.”

An executive council member said they have resolved to place three municipalities under administration.

The greater Giyani municipality and Collins Chabane municipality had both invested R158m and R122m respectively.

Meanwhile John Mpe, the mayor of the Capricorn district municipality, has blamed his predecessor Gilbert Kganyago for investing public funds into the mutual bank.

Mpe said Kganyago was the reason the municipality had invested millions of rand into VBS, noting that the municipality had all along been investing with reputable banks such as FNB, Nedbank and Investec. He added that Kganyago had chaired a mayoral committee in his capacity as mayor on November 26 2015, which resolved that the investment portfolio be diversified to empower the historically marginalised service providers.

“The first deposit [into VBS] to the tune of R60m was done on December 18 2015 under the leadership of Kganyago,” said Mpe, explaining that this was followed by a deposit of R40m five days later (on December 23 2015).

He said findings were made that during a meeting of April 21 2016 the mayoral committee appreciated the Capricorn district municipality's participation in supporting “black” banks.

“The meeting duly considered with appreciation of the diversification of the municipality's investments to contribute to the transformation of the financial sector by investing with the previously disadvantaged institutions.”

Kganyao, who is the provincial secretary of the SA Communist Party, was not available for comment on Wednesday as his cellphones had been switched off.