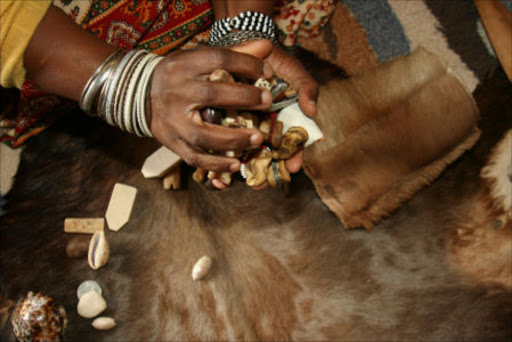 A traditional healer has been sentenced for possession of human body parts.
Image: File Photo

A traditional healer‚ who was found walking around a KwaZulu-Natal south coast town with human body parts in a bucket‚ has been sentenced to life in prison for murder.

Phumali Ngidi‚ 34‚ was arrested in Margate in October after he was found in possession of a bucket with a human skull and other body parts that were cut into small pieces.

The remains were later identified as those of Mxolisi Langazane‚ a 17-year-old boy who had been reported missing from the area in June.

Almost nine months after being abducted from her home and killed for her body parts‚ 13-year-old Gabisile Shabane who had albinism‚ will finally be ...
News
3 years ago

SAPS spokesman Colonel Thembeka Mbele said that Margate police had received information about a man who was attempting to peddle body parts in the south coast town.

“The police officers wasted no time and followed up on the information. Their investigations led them to Marine Drive in Margate where the suspect was spotted seated in a vehicle‚” she said.

Four men at the centre of a an alleged “cannibalism” case made a brief appearance in the Estcourt Magistrate's Court on Thursday.
News
4 years ago

Mbele said other traditional healers had raised the alarm with the police after the man had claimed he was in possession of human body parts which were on sale for R4‚000.

Ngidi and his co-accused‚ Khanyisile Khusi‚ 46‚ were sentenced at the Pietermaritzburg High on Tuesday.