Zuma received special treatment because of his position 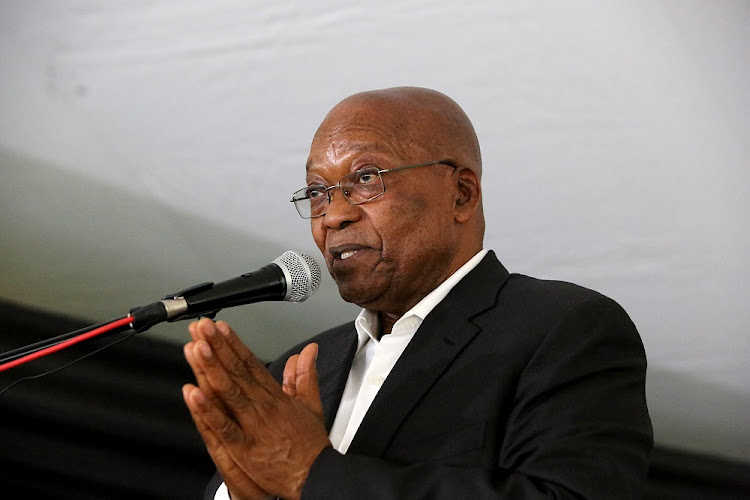 The EFF has argued in court that former president Jacob Zuma received special treatment because of his position in the ANC and government, claiming the state may have spent more than R30m on his legal fees.

Advocate Tembeka Ngcukaitobi, representing the EFF in a high court case in which the red berets and the DA are trying to get Zuma to repay money spent by the state for his legal representation, argued that Zuma was treated special.

He told the North Gauteng High Court in Pretoria that even though Zuma's former advisor was appearing in court in 2004, the state still decided to give Zuma funding for legal costs in the matter as an interested party.

The DA legal representative has argued in court that former president Jacob Zuma was not entitled to have his legal fees on the arms deal criminal ...
News
2 years ago

"Mr Zuma was the deputy president when the decision [to fund his legal costs] was taken... for actions that happened while he was economic development MEC in KwaZulu-Natal," Ngcukaitobi argued, noting that the judicial requirements for the state attorney to fund employees' legal costs were not met in Zuma's case.

He indicated that although the former president had an arrangement with the state that should he lose a case, he would be liable for funding his own legal costs, that still did not happen. Ngcukaitobi cited a R2.7m that was authorised by senior officials in the presidency and justice department to be paid to Zuma's lawyers in July 2009 for a legal matter he had lost in the Supreme Court of Appeals in Bloemfontein. "Both officials decided to settle Mr Zuma's legal costs even though he had lost."

Ngcukaitobi said in the "post-2009" the government made more decisions and approvals relating to Zuma's legal costs which were all to his benefit, adding that their calculations showed that the state spent R32m on the former president's legal fees since 2008, even though President Cyril Ramaphosa indicated earlier this year that the government spent R15.3m.

Ngcukaitobi said "no other person would have been afforded such a treatment", including police officers who may have committed mistakes in the line of duty. "No other person except Mr Zuma... it was clear Zuma was not liable to pay anything and the taxpayer will pay everything."

'Looting would be normal in ANC'
News
2 years ago

If you were to list the different cabinets SA has had since 2009‚ you’d need 14 columns.
News
2 years ago

The SA economy could have been up to 30% or R1-trillion larger had the country kept pace with other emerging markets and Sub-Saharan African ...
News
2 years ago
Next Article