Father back in high court for son's murder 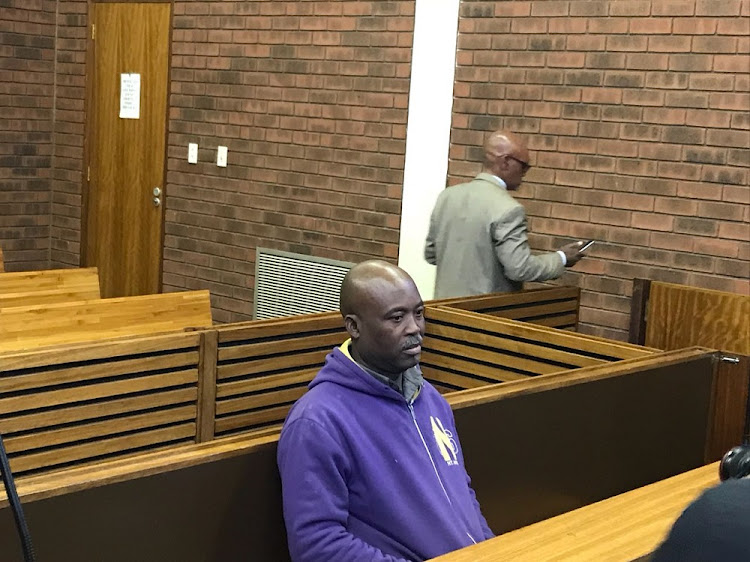 In this file photo, Emanuel Tshabalala, 51, appeared in the Lenasia Magistrate’s Court on Thursday facing a charge of murder after allegedly accidentally shooting his son at a school in Ennerdale, Johannesburg. He was released on warning, so he can bury his son.
Image: Tankiso Makhetha

An Ennerdale father who shot and killed his teenage son, allegedly by mistake, is expected to appear in the Lenasia Magistrate's Court on Tuesday.

Emmanuel Tshabalala is facing a charge of murder after he shot Luyanda Tshabalala on the premises of Fred Norman Secondary School in Ennerdale, south of Johannesburg, on June 5.

At the time, he had dozed off while waiting for Luyanda to conclude evening classes when he was startled by the knock on the window of the vehicle. He woke up and  frantically fired at him, mistakenly believing Luyanda was a criminal who wanted to steal his car.

During his last appearance, magistrate Maggie van der Merwe mentioned that the investigation had been concluded, noting she hoped the matter would be finalised.

Prosecutor Tumi Maunye has told the court that the state was ready to disclose the contents of the docket to Tshabalala’s legal representative.

Tshabalala’s lawyer Chwew Machaka told the court that they have made representations to the director of public prosecutions (DPP) to prevent the matter from being tried in the South Gauteng High Court and to have the charges against his client withdrawn.

“We have made representations to the DPP and [we] want to tender a plea bargain for a charge of culpable homicide. The DPP allowed us to make a plea on that charge and we are hoping the state will accede to our request,” explained machaka.

Will Emmanuel Tshabalala be found to have suffered enough for killing his son?

A father who shot and killed his teenage son‚ apparently by mistake‚ could possibly learn on Tuesday whether he will escape prosecution.
News
3 years ago

A father who shot and killed his teenage son, allegedly by mistake, might have his matter finalised when he next appears in court.
News
3 years ago

Emmanuel Tshabalala is facing a charge of murder after he shot his son, Luyanda Tshabalala.
News
3 years ago

Emmanuel Tshabalala’s lawyer will approach the Director of Public Prosecutions in a bid to have the murder case against his client withdrawn. This ...
News
3 years ago
Next Article