ANC 'will have to work very hard to win votes' - Ramaphosa 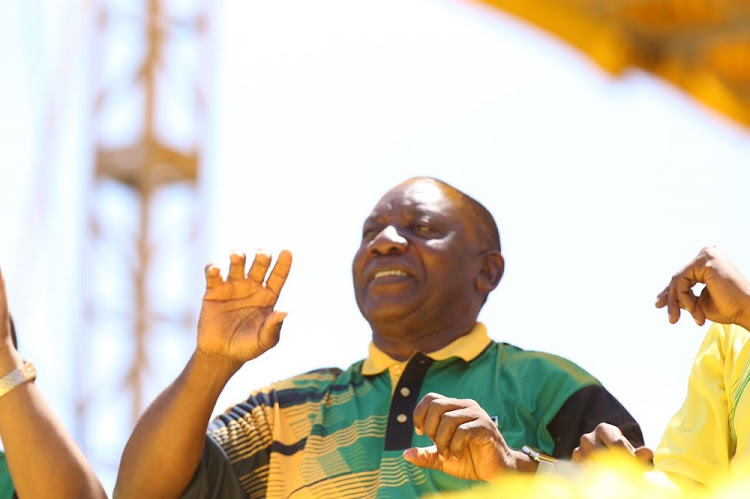 Next year's general elections will be the most highly contested, therefore the ANC has to work very hard to win.

This is according to ANC president Cyril Ramaphosa, who acknowledged the challenges facing the governing party, saying "whenever you wake up there is a new party being formed".

The president was addressing the Police and Prisons Civil Rights Union central executive committee meeting at Irene outside Pretoria yesterday.

The general elections are expected to be held in May.

ANC secretary-general Ace Magashule has instructed the party's provincial executive committees to stop has disbanding their lowers structures‚ in a ...
News
3 years ago

"Next year comrades, these elections will be the most contested elections to date and therefore the ANC must work very hard," Ramaphosa said.

He was, however, confident that the ANC would win.

"We are confident and very certain of our victory because we are the only organisation that is going to present the most credible and most forward-looking election manifesto in January," he said.

Ramaphosa also assured civil servants in the security cluster that they would not be retrenched by his government.

"There is no intention to retrench. In fact, in the police service, the minister of police says the one thing that is making it difficult to fight crime in our country is that we still have the same police numbers or even less than we had in 2010 and, now in 2018, the population has gone up and we have less police."

This follows a number of memorandums of grievances by Popcru sent to the president earlier this year, in which they complained about police killings, staff shortages at police stations and correctional services, wage disparities, and the nationalisation of traffic officers, among others.

Zweli Mkhize has denied knowledge of a R2m donation the party allegedly received from the controversial VBS Mutual Bank.
News
3 years ago

"I could not agree more. Comrades we have the challenge of a growing civil service salary bill. it has been growing exponentially.

"When it comes to fighting crime, we actually do need to have more policemen and women to be brought into the service so that we can fight crime more effectively," Ramaphosa said.

Popcru held its central executive committee meeting over the weekend to discuss, among other issues, the mid-term review of its organisation, police killings, a shortage of staff in the police, and the structural reconfiguration of the police service.