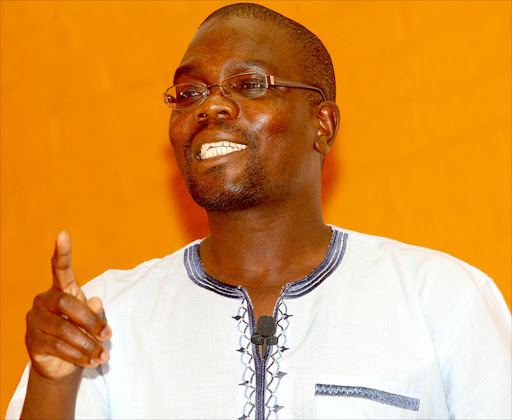 The EFF is suing Prince Mashele, a political commentator, for defaming the party and its leader Julius Malema.

The EFF demands public apology from Mashele following his remarks where he alleged the party was formed to pursue fraud and corruption and that its deputy president Floyd Shivambu is implicated in the (VBS Mutual Bank) "Great Bank Heist" report, failing which the party is threatening to sue him R500 000 for damages and injury to their reputation, among others.

In a letter dated October 30, Mashele is accused of labelling the Red Berets as a "corrupt" political party that learnt everything about wrongdoing from the ANC.

"The EFF is a child coming out of the ANC. The ANC is a university of corruption [and] the EFF are its graduates, so what you see in the EFF is what they learnt in the ANC," alleged Mashele in an interview on the SABC recently.

Dilemma at the ballot: Who to vote for as corruption defines SA

The EFF have learnt at the feet of the ANC how to do graft with the DA trotting merrily along as they too learn.
Opinion
3 years ago

The EFF was formed a year after Malema and his cronnies, were expelled from the ANC Youth League in 2012.

His remarks follow the release of the report in which Shivambu's younger brother, Brian, was alleged to have received a payout of R16m looted from VBS Mutual Bank. Brian has since distanced himself from the looting.

In the letter to Mashele from Kwinana Mabuza Nkome Seth Attorneys, the EFF says he was inaccurate in his examination of some of the looting of R1.9bn.

"It is factually incorrect, false and misleading of you to publicly and even privately [to] allege that the EFF is a political party established to pursue corruption or fraud to pursue a corrupt political agenda," the letter states.

"Lastly, it is unfair of you that based on your political analysis the EFF and its leader are a fraud misleading the voting citizens of the Republic of South Africa and, therefore, they [the voters] should not trust the EFF."

Mashele said he was not going to apologise to the party. "If they want to proceed to sue me, they can proceed. I am going to meet them in court because I'm also entitled to the law." said Mashele.

EFF spokesperson Mbuyiseni Ndlozi could not be reached for comment.