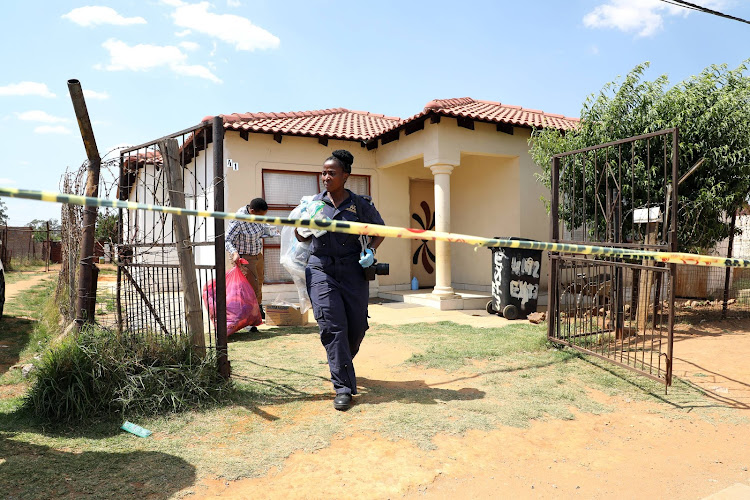 The boyfriend of one of the dead in the Vlakfontein mass killing is being questioned by the police.
Image: SANDILE NDLOVU

The man taken in for questioning in connection with the murders of seven people in Vlakfontein‚ south of Johannesburg‚ is believed to be a boyfriend of one of the women found dead on Monday.

Police spokesperson Captain Mavela Masondo said the man had also lived in the house with the family.

Police are searching for a second man - identified as Sibusiso Ernest Khoza‚ who allegedly claimed to be a long-lost family member and was welcomed into the home – in connection with the killings.

"When we [police] arrived at the house‚ he [the boyfriend] was there in the house. So our question now is: why was he not aware of the smell?" Masondo said.

On Monday‚ a stench at the house in Vlakfontein led police to a gruesome discovery. Police discovered the bodies of seven people – three women and four children – buried under a pile of sand in a bedroom of the house.

Police responded to the stench after it had been reported by a community member.

Masondo said the children were aged between two and 11.