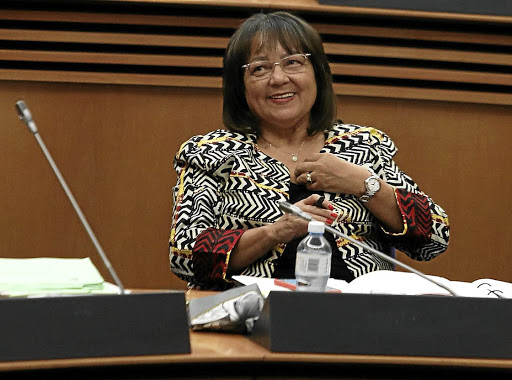 Two DA-run metros were thrown into turmoil yesterday with resignations of councillors in Cape Town and an interdict served on Tshwane metro.

The chaos in both councils was ironically sparked by investigation reports compiled by law firm Bowmans into alleged irregularities.

Five councillors resigned from the City of Cape Town and the DA yesterday ahead of a council vote on whether to press criminal charges against mayor Patricia de Lille.

The council was expected to discuss an investigation report that implicated De Lille in alleged wrongdoing.

DA chief whip Shaun August said he was leaving in solidarity with De Lille, whose term as mayor is due to end on October 31.

August accused the DA of protecting a "white minority" at the expense of its own black leaders and supporters.

But mayoral committee member JP Smith, author of a damning report in 2017 which sparked a DA investigation of De Lille, told a news conference: "How could it be that your core reason for leaving a party is one of which no official complaint has already been made?"

In Tshwane, embattled city manager Moeketsi Mosola obtained an interim interdict against mayor Solly Msimanga and council preventing deliberations on a report, also by Bowmans law firm, which was scheduled to be discussed in yesterday's council sitting.

Cries of racism by five Patricia de Lille allies who quit the City of Cape Town and the DA on Thursday have been dismissed as a “hollow claim”.
News
3 years ago

Five councillors resigned from the City of Cape Town and the DA on Thursday ahead of a council vote on whether to press criminal charges against ...
News
3 years ago

The Tshwane metro was to discuss findings of an investigation into the role Mosola played in the awarding of an alleged dodgy R1.2bn project management contract to GladAfrica. Mosola yesterday accused Msimanga of being on a "witch-hunt with the aim of removing me".

"The ruling by the judge prevents the bogus Bowman-Gilfilan report in any form to be considered as a legitimate piece of document by the council or the executive mayor," he said.

Mosola accused the DA of using Bowmans as its "henchmen" . "The DA appointment of Bowman-Gilfilan in Cape Town and now in Tshwane shows they appoint them as henchmen who produce bogus reports by hook or crook.

"This is not wild wild west. a skop, skiet and donner where you subject people to kangaroo courts. The mayor has put me in a kangaroo court of public opinion, I've been quiet ... I've now gone to court to defend myself," Mosola said.

He accused the DA of targeting him because he had "closed the kitty".

"I've closed all the opportunities to steal and that's why the city manager is under siege right now," Mosola said.

The labour court postponed the hearing to November 9 to give Msimanga and the metro time to file affidavits.

Msimanga said the labour court has no jurisdiction because the investigation currently under way relates to tender irregularities and not the relationship between employer and employee.

"We are steadfast in our commitment to accountability in this regard," he said.

Msimanga told council at the start of yesterday's meeting that the court's decision was awaited before the report was discussed.

"If this doesn't happen in seven days, the ANC will take this contract on judicial review,"