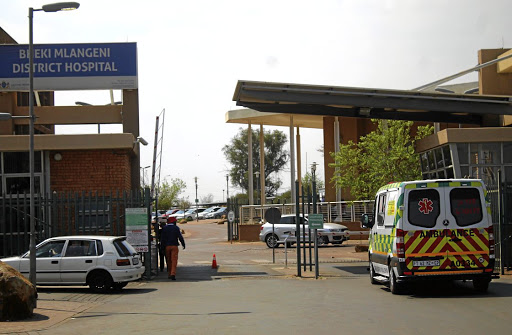 Bheki Mlangeni District Hospital in Jabulani, Soweto, was rocked by a jobs-for-cash scam which saw more than 50 job seekers pay between R2500 and R10000 to get jobs. /KABELO MOKOENA

More than 50 employees who bought posts through a shocking jobs-for-cash scam at a Gauteng hospital have been allowed to remain as employees of the facility after they exposed senior officials who were implicated in the illegal operation.

This is according to Jerry Mosasane, the spokesperson for Bheki Mlangeni District Hospital in Jabulani, Soweto.

The Hawks are also investigating the scandal.

According to Mosasane, 111 disciplinary hearings were conducted at the hospital after reports that officials were selling posts for nurses, porters and clerks for amounts ranging from R2500 to R10000.

Mosasane said 52 people who had bought the posts were allowed to remain as employees after they co-operated with authorities by identifying senior officials who were involved in the scam.

The officials included a deputy director for nursing who was acting CEO of the facility at the time, human resources officials and line managers.

Gauteng’s health department has conducted disciplinary hearings for 111 cases involving a “cash for jobs” scam at the Bheki Mlangeni District ...
News
3 years ago

"Two employees were dismissed for job selling whereas five employees implicated in job selling were charged with misconduct and resigned on the face of disciplinary action.

Yesterday, DA shadow MEC for health Jack Bloom said health MEC Gwen Ramokgopa made these revelations during a question-and-answer session at the legislature.

Bloom said he was concerned that a majority of the people implicated in the scam had kept their jobs.

"This is a massive scam. If you paid for the job, you get to keep it. A hospital was basically captured," he said.

"I am concerned that the vast majority of those who got jobs for cash are still working at the hospital, which has a reputation for poor service," he said.

In a written response, which Sowetan has seen, Ramokgopa said the department conducted formal disciplinary hearings with implicated employees while cases were also opened with the police.

Gada called on Ramokgopa to make the names of those officials known to members of the public. "They are exploiting our people at a time when there is high unemployment. They are cruel enough to look for bribes," Gada said.