Floyd Shivambu told to 'pay back the money' 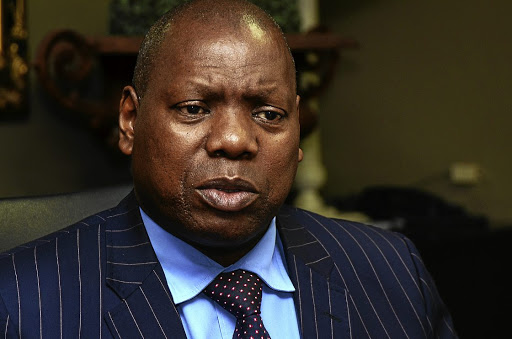 Chaos returned to the National Assembly yesterday as ANC MPs shouted "pay back the money" during a debate on the VBS Mutual Bank scandal in which the governing party and other opposition parties united in attacking the EFF.

In a sitting that mirrored former president Jacob Zuma years in which MPs got accustomed to trading insults, the party of Julius Malema - in particular its deputy president and chief whip Floyd Shivambu - came under attack over revelations that Shivambu's younger brother, Brian, had received R16m from the R1.9bn that was looted from VBS.

There were allegations that R10m of the money received by Brian was transferred to his MP elder brother but Shivambu and Malema have denied this.

At the conclusion of his speech during the debate, ANC MPs shouted that Shivambu should "pay back the money".

During a debate on "The Great Bank Heist", in reference to the report on the looting of VBS, MP after MP had a go at Shivambu and the EFF, saying the EFF chief whip had used his younger brother to plunder taxpayers' money in the same way Zuma had done with his son Duduzane.

Agang SA MP Andries Tlouamma asked: "What is the difference between Brian Shivambu and Duduzane Zuma? We used to say Baba kaDuduzane, today we must say Brother ka Brian Shivambu, there's nothing wrong thanks to the EFF.

ANC MP Thandi Tobias, who serves with Shivambu in the finance committee, alleged the EFF leader had privately expressed opposition to the curatorship of VBS. But Shivambu accused Tobias of lying to the house.

"She's casting aspersion against me, that person is lying. If Thandi wants to do that, she must then disclose everything that she does, the monies she receives."

This was disclosed by co-operative governance minister Zweli Mkhize during a meeting with the National Assembly's oversight committee on his department.

Mkhize said government would instead recoup the money looted by the bank's current and former executives once the ongoing forensic audits and the bank's liquidation process was concluded.

His department has instructed a senior legal counsel to launch lawsuits against those who invested about R1.57bn of taxpayers money into VBS and recover it.

Mkhize said they wanted the senior legal counsel to mount a combined lawsuit on behalf of implicated provincial governments and their municipalities. - Additional reporting by Andisiwe Makinana