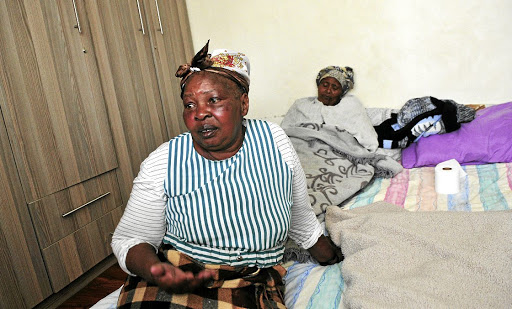 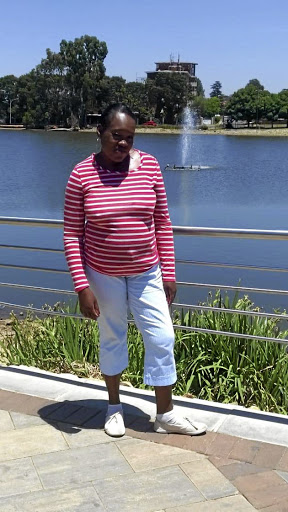 "If I don't return home, you should know that he has killed me."

These were the chilling words uttered by Gugulethu Mlangeni, 42, from Kagiso township, who died after being doused with petrol, locked up inside a toilet cubicle and set alight while trapped inside the structure, allegedly by her boyfriend.

Speaking to Sowetan at the family's home yesterday, Mlangeni's aunt Thulile Nhlapo said she had uttered those words before leaving the house last Thursday.

Mlangeni's 45-year-old boyfriend was arrested at the Leratong Hospital where he is receiving treatment after he burnt himself in an attempted suicide. Police in the area have confirmed that the man had been arrested.

Nhlapo said the family was saddened by her niece's death.

She said Mlangeni left the house on Thursday evening after her boyfriend had forced her to go over to his house.

"Before Gugu left she told my sister that 'if I don't return, you should know that he has killed me'," she said.

Nhlapo said the boyfriend later called Mlangeni's younger sister in Soweto to tell her that he had burnt her sister.

"He called Zanele and told her that 'I have burnt your sister'," she said.

Nhlapo said her sister Jeanette, who raised Mlangeni after her mother's death, was struggling to cope with the ordeal.

According to Nhlapo, Mlangeni was rushed to the hospital by neighbours who heard her screaming for help from the toilet cubicle situated in the yard.

"She was burnt everywhere. She couldn't even open her eyes and her mouth," she said.

Mlangeni's younger sister, Nonkululeko, said she suspected abuse at the hands of her boyfriend when she noticed bruises all over Mlangeni's body two weeks ago.

"This is a terrible thing. How do you burn someone like that?" she asked in shock.

Nonkululeko said her sister was unable to study and work because she had a learning disability. She described Mlangeni as an outgoing person who loved having a good time with her friends.

Yesterday police spokesman in Kagiso, Captain Solomon Sibiya, confirmed that the boyfriend was arrested and would remain under police guard until his condition improves to appear in court.

Sibiya said police had been looking for the man following the incident but only managed to track him down when he arrived at the Leratong hospital for treatment on Monday.

"He also sustained injuries because he apparently tried to burn himself," Sibiya said.