Man arrested for pouring boiling water over his girlfriend‚ killing her 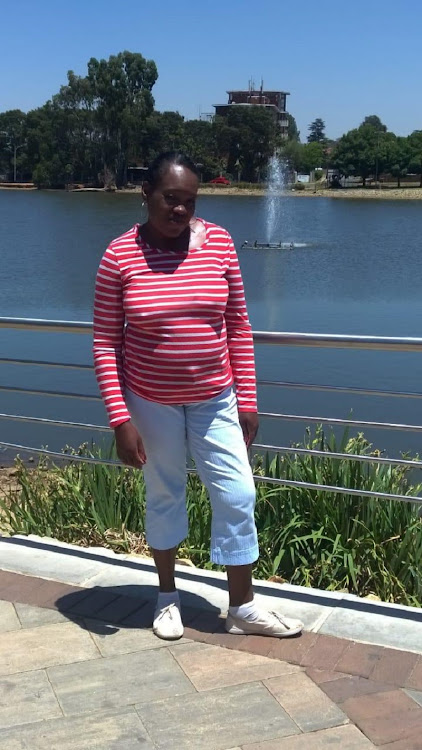 Gugulethu Primrose Mahlangu, 42, died at the Leratong Hospital in Krugersdorp after her boyfriend allegedly poured boiling water over her.
Image: SUPPLIED

"I just burned your sister."

These are the last words the family of Gugulethu Primrose Mahlangu heard after her boyfriend allegedly poured boiling water over her in Kagiso‚ in Krugersdorp west of Johannesburg.

A family spokesperson‚ who did not want to be named‚ said Mahlangu and the 44-year-old man had been dating for a few years. She said it was a toxic‚ abusive relationship.

According to the woman‚ the man – who is in police custody awaiting a court appearance – went to her home on Thursday morning. A short while later‚ Mahlangu returned to the house after visiting family on Johannesburg’s East Rand.

She returned home at about 5pm and saw Mahlangu getting ready for bed. About three hours later the man came to the house‚ knocking on the door and wanting to see Mahlangu.

Mahlangu left and went to the man’s house‚ the family spokesperson said – and shortly before midnight that evening‚ the family received a call from the man.

"My younger sister received a call from the guy and he said‚ 'I just burned your sister.' She called us and my mother called the hospital and they confirmed that they had a patient who had been burned‚” the woman said.

On Monday morning, Nokulunga Pita returned to her home after a frantic phone call from her son saying something bad had happened.
News
2 years ago

Mahlangu was admitted to Leratong Hospital‚ with her mother rushing to the hospital early on Friday morning.

"My mother saw she had been badly burned. She went to Kagiso police station to open a case but they weren't able to help her."

She said they saw the boyfriend roaming around in the area on Friday afternoon.

On Saturday morning‚ her mother was able to open a case against the man. Mahlangu died in hospital on Sunday.

"She was really badly damaged from the face and her whole body‚" the family spokesperson said.

The family of a man who allegedly killed his 92-year-old grandmother suspects that "dagga made him do it".
News
2 years ago

Police spokesperson Captain Solomon Sibiya confirmed that Mahlangu was admitted to hospital with severe burn wounds as a result of boiling water being poured on her‚ and that she later died due to her injuries.

"The suspect was arrested today [Monday] when he came for treatment for his burn wounds‚” Sibiya said.

He is currently under police guard. Police have opened a case of murder.

Mahlangu was described as an outgoing person with a beautiful soul.

"She liked taking care of herself and looking good. I don't know if he was jealous or what. She was an amazing person who we loved‚” the family spokesperson said.

"We want him to go to jail. We want to know that the police are accountable. We live in a society of men who are violent and women are never taken seriously. It happens every day when woman are raped and the police laugh in your face. You go to the police station and tell them your husband has beaten you up and then they laugh in your face.”

A six-month-old baby was brutally killed with a pickaxe, allegedly by her own father, after he accused her mother of cheating.
News
3 years ago
Next Article