Cosatu slams fiery deaths of workers as 'barbaric and disgusting' 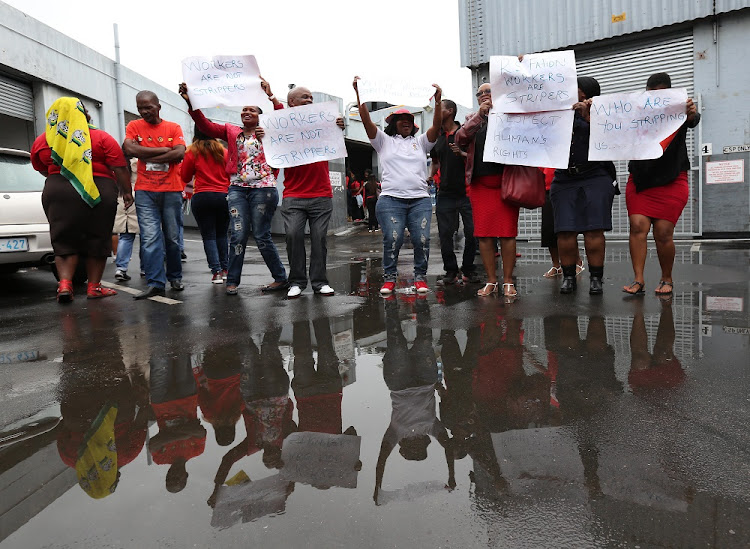 Cosatu in KwaZulu-Natal has vowed to fight against worker abuse following the death of two men who are alleged to have been st on fire by their boss.
Image: JACKIE CLAUSEN

Labour federation Cosatu has described the deaths of two men allegedly set alight by their boss as “barbaric and disgusting” and has vowed to continue campaigning for a safe workplace.

Cosatu in KwaZulu-Natal was reacting to the deaths of Mxolisi Mkhize‚ 31‚ and Moses Magama‚ 34‚ who were allegedly assaulted‚ doused with petrol and set alight while their hands were tied. They died in hospital after sustaining severe burn wounds.

The two were allegedly set alight by their boss‚ a tow truck owner‚ who accused them of stealing a gearbox in Mariannhill two weeks ago.

The 37-year-old tow truck owner was handed over to the police by his lawyer on Thursday last week and appeared in the Pinetown Magistrate’s Court on the same day on two counts of murder.

In a statement issued on Tuesday‚ Cosatu provincial secretary Edwin Mkhize‚ said the union was “horrified” by the incident.

“Indeed this is a sad‚ barbaric‚ disgusting and very unfortunate and is condemned in the strongest possible terms‚” he said.

He said the union had also discovered that the families of the dead men were poor and had no money to bury them.

“We know that the boss of these workers will hire expensive attorneys for defence‚ but we want to urge the authorities to prioritise the lives of poor workers.”

Mkhize said Cosatu would be engaging with the relevant department and municipality to help the families with funeral arrangements.

“We will engage the department of labour and work jointly to develop a programme of inspection‚ prioritising vulnerable workers in the townships as well. We demand answers on the previous cases where workers‚ including farm workers‚ were killed by their employers.”

He said it had transpired that some employers in the small business sector still lacked an understanding of the Labour Relations Act with regard to their rights and the rights of their workers.

“As Cosatu we will continue our campaign for a safe workplace. Our place of work must not become an abattoir for the butchering of workers. The heartless of employers who commit these satanic incidents must not be afforded bail‚ up until the matter is finalised to avoid provocation of workers.

"The federation will work with the families and workers who have survived to help them find closure as far as this matter is concerned‚” said Mkhize.