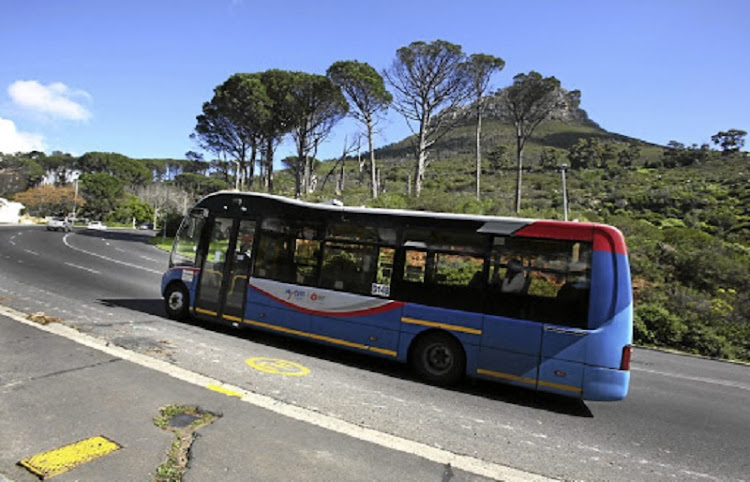 Delegates who made the trip‚ including Whitehead and Herron‚ knew BYD was in the running for the tender to provide electric MyCiTi buses.
Image: Ruvan Boshoff

Cape Town transport officials were wined and dined in China by executives of an electric bus company that was “irregularly” awarded a R286m tender months later.

This is after Herron allegedly told investigators he‚ Whitehead and other officials deviated from their itinerary on a trip paid for by the City of Cape Town‚ during which they stayed at the Crowne Plaza Hotel in Shenzhen.

On the last night of their “fact-finding” visit‚ their hotel beds were empty. Instead they were 800km away in Changsha‚ home of BYD’s electric bus factory.

BYD is alleged to have provided their accommodation‚ and Herron told the law firm’s investigators the company paid for a “couple” of lunches and a “couple” of dinners.

Asked to comment on the report‚ Herron said: “I will not be drawn to comment on a report which is confidential. As you know‚ I am prohibited by council rules from doing so. I will comment fully when the report is made public.”

The meals and accommodation were not disclosed in the trip approval report.

Bowman Gilfillan says given the distance between the two cities and the absence of travel quotations or any mention of the trip to the Changsha‚ the approval report “may have been intentionally designed to avoid disclosure of BYD’s payments in that regard”.

Delegates who made the trip‚ including Whitehead and Herron‚ knew BYD was in the running for the tender to provide electric MyCiTi buses‚ and Herron said he knew Whitehead was exploring the option of making BYD the sole provider.

Cape Town councillors will be asked to decide on Thursday whether to report mayor Patricia de Lille to the police after a forensic investigation said ...
News
3 years ago

Four officials who were appointed to the electric bus selection and adjudication committees had previous engagements with BYD‚ and two were on the trip when BYD paid for their accommodation.

The report says their inclusion on the committees was irregular and their non-disclosure of alleged conflicts of interest breached the Municipal Systems Act.

It also says BYD obtained broad-based black economic empowermnent certification irregularly‚ and that city manager Lungelo Mbandazayo is obliged to take action against the company “upon detecting that the B-BBEE status level of contribution has been claimed or obtained on a fraudulent basis”. It recommends that he seek counsel’s opinion first.

Bowman Gilfillan says the council is obliged to tell the police about suspected fraud and corruption in awarding the electric bus contract to BYD.

The law firm’s report contains detailed feedback from individuals against whom allegations are made and says mayor Patricia de Lille confirmed she would not have endorsed the trip approval report “had she been aware of BYD’s financial contributions”.

It recommends that “fruitless and wasteful expenditure” of R6‚600 — the result of the city having paid for accommodation which was not used — should be recovered from the individuals involved.

The report also recommends the establishment of a special committee to “determine the extent of the influence of Herron’s involvement in the BYD procurement”.

Eleven buses in a R128-million pilot project have been assembled by BYD and are parked in a yard in Cape Town’s northern suburbs‚ but they cannot be delivered until the investigation of the tender is complete.

Thursday’s council sitting comes a year after Craig Kesson‚ the executive director in De Lille’s office‚ filed an affidavit in which he made a series of allegations about the mayor. Many of his claims were probed during Bowman Gilfillan’s investigation.

Kesson’s affidavit followed Sunday Times revelations about alleged wrongdoing in the Foreshore Freeway Project and the procurement of the electric buses.

I will not be drawn to comment on a report which is confidential.

BYD (Build Your Dreams) is the largest bus manufacturer in the world. MidAmerican Energy‚ a subsidiary of Warren Buffett’s flagship company Berkshire Hathaway‚ bought a 10% share in the company in 2008 for $230m‚ according to a Reuters article published at the time.

On Monday‚ SowetanLIVE reported that Bowman Gilfillan recommends that De Lille be reported to the police for interfering with the duties of former city manager Achmat Ebrahim.

It says she did this when she attempted to influence him not to report a red flag raised in a forensic report which implicated Whitehead in irregular expenditure of R43m for Volvo bus chassis.

It recommends that the council consider “appropriate sanction” against De Lille after she interfered with Ebrahim’s duty to report the Volvo matter to councillors.

De Lille responded to a request for comment saying: “I will release a statement after I have studied the report and consulted my lawyers.” This is Bowman Gilfillan’s second report into Cape Town’s transport and urban development authority‚ which was previously called Transport for Cape Town. Its first was commissioned by the council on November 21‚ 2017‚ after Kesson filed his affidavit.

When the city council considered the report on January 5‚ 2018‚ it ordered disciplinary action against Ebrahim and Whitehead‚ who were given seven days to provide reasons why they should not be suspended.

Ebrahim resigned on January 12 and left immediately‚ claiming his innocence‚ while Whitehead was suspended pending a disciplinary hearing. Her suspension remains in effect.

Money irregularly spent on security upgrades at Patricia de Lille’s home is set to be written off by the City of Cape Town.
News
3 years ago
Next Article