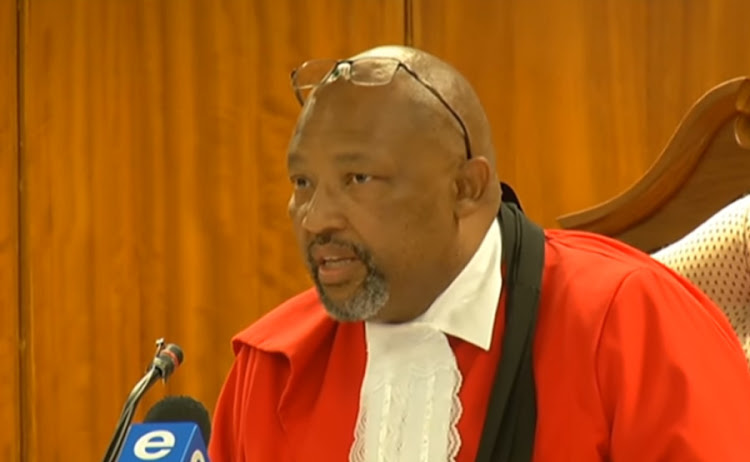 Judge Mandela Makaula has dismissed an application by Timothy Omotoso’s defence counsel‚ Peter Daubermann‚ to recuse himself from the case.

Shortly after Monday morning’s postponement for counsel for the state and defence to thrash out issues of security regarding Omotoso’s co-accused‚ their families and supporters‚ Daubermann brought the application on behalf of Omotoso and his co-accused‚ Lusanda Sulani‚ for Makaula to recuse himself.

Reading out the notice of motion‚ Daubermann cited 10 reasons why his clients believed Makaula should recuse himself which included that they felt the judge had been prejudiced‚ not impartial and had sympathised with state witness Cheryl Zondi when he wished her well for her exams.

Daubermann said his clients believed Makaula had already made his decision on convicting them as well as sentencing them.

“You in fact allowed your humanity to get the better of yourself when you made those comments to the witness and unfortunately I have to criticise you for that‚” Daubermann said to Makaula.

Daubermann said Makaula had commended Zondi for coming to testify and told her to leave the merits of the trial in the hands of the court‚ meaning he had already accepted her testimony as the truth.

“You predisposed an outcome without hearing all the evidence‚” Daubermann said.

Prosecutor Nceba Ntelwa said the words spoken by Makaula at the end of Zondi’s testimony were merely to wish her luck with her exams and to ensure she did not take the strain of the court proceedings with her into her exams.