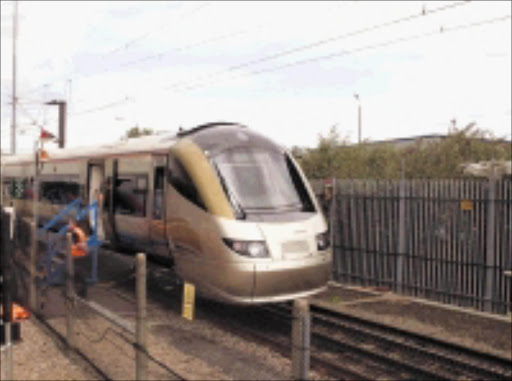 The expansion of the Gautrain is not an imminent matter says transport MEC.
Image: Gertrude Makhafola. © Sowetan

Gauteng Roads and Transport MEC Ishmael Vadi has denied media reports claiming that the approval for the expansion of the Gautrain was “not imminent”.

He said that the proposed expansion included extensions to the existing Gautrain system – and that a feasibility study found that the extension project would provide “significant economic and transport related benefits” to Gauteng.

“However‚ the decision for the extensions is not imminent and currently the Gautrain Management Agency (GMA) is engaging with the National Treasury on additional revenue models and demand studies‚” Vadi said on Monday.

His comments came after IOL reported that the national transport department was “almost about to approve” the expansion.

GMA chief executive Jack van der Merwe said in May this year said they identified a route from Mamelodi‚ Pretoria to Jabulani‚ Soweto and from Lanseria Airport to Randburg‚ Sandton and Boksburg. It was this this plan the transport department was reportedly on the verge of approving.

But Vadi said they have only started with a study on the possible preliminary routes.