Sars IT chief Mmamathe Makhekhe-Mokhuane on Saturday issued a public apology for her behaviour during two interviews that went viral this week.

Makhekhe-Mokhuane was first interview by Sakina Kamwendo on SABC 2 Morning Live about IT problems at Sars but she failed to give clear answers.

Instead she started trending online after she said “protect me from yourself” to Kamwendo when she interjected during her reply.

She later appeared at the SARS inquiry where she got a public backlash for showing arrogance and failing to give clear answers.

In a statement on Saturday‚ Makhekhe-Mokhuane said she took full responsibility for her behaviour and apologised.

“I took time to do a deep personal reflection following my interview with Morning Live and subsequent appearance before the Nugent Commission on Wednesday.

“My conduct‚ posture and demeanour during both the Morning Live interview and the Nugent Commission may have given an impression of arrogance‚ nonchalance and unprofessionalism‚ and brought my competence and expertise into question‚” she said in a statement.

She said her behaviour was unfortunate and regrettable.

“I apologise to everyone who was disappointed or offended by how I handled both situations. There is no excuse or justification for this‚” she said.

Makhekhe-Mokhuane said she apologised for appearing to have fallen short of the highest standards of professionalism and competence that her colleagues and peers had come to know of her. 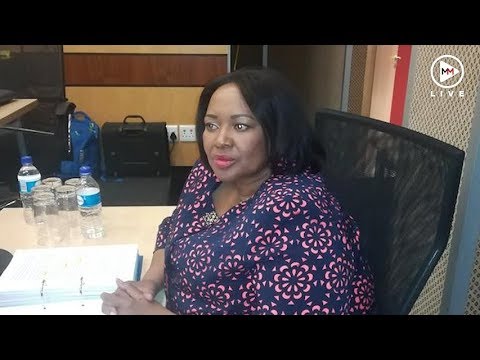