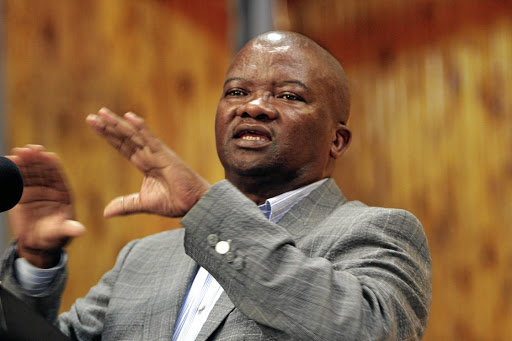 UDM leader Bantu Holomisa suggested that the commission of inquiry into the Public Investment Corporation (PIC) should rope in law enforcement agencies so that criminal investigations could take place almost immediately.

He said the rot in the PIC, which manages more than R2-trillion in government pension funds, was much deeper as deals worth "billions of rands were approved under dubious circumstances".

"The state capture commission will look like a PR exercise... this is way much bigger," he told Sowetan yesterday.

Ramaphosa sets up commission of inquiry into Public Investment Corporation

President Cyril Ramaphosa has instituted a commission of inquiry into “allegations of impropriety” at the Public Investment Corporation.
News
2 years ago

Ramaphosa on Wednesday announced that he had appointed a commission of inquiry into allegations of impropriety regarding the PIC, to be led by former president of the Supreme Court of Appeal, Justice Lex Mpati.

The commission has six months to complete its investigation, looking into the period between January 2015 and August 31, 2018.

When asked about why that specific period, Ramaphosa's spokesperson Khusela Diko said: "Remember, the president proclaims commissions based on recommendations from requesting parties."

She referred Sowetan to Treasury which recommended the establishment of an inquiry.

Holomisa has been in the forefront calling for an investigation into the PIC's alleged dodgy deals.

He said Interpol should be roped in as some of the deals, involving R8.2-billion invested in the Pan African Infrastructure Development and the funding of the Mozambique oil deal, may require investigations beyond SA borders.

Holomisa also called on PIC boss Dan Matjila and the current board to step aside to allow the commission to do its work.

"This would remove the fear from people... we are not firing him (Matjila) and the board, who approved some of the transactions that would be subject to the inquiry," he said.

A report has found that Nhlanhla Nene's son was involved in securing a PIC investment while he was still its chairperson.
News
2 years ago

Although Holomisa said he wished Ramaphosa should have acted earlier, he said the terms of reference of the commission would help get to the bottom of the mess in the PIC.

"I don't blame him (Ramaphosa), he trusted Nhlanhla Nene (former finance minister) and Nene had even said it publicly that there was nothing wrong with Matjila. Nene never wanted this inquiry," Holomisa said.

The PIC, the biggest asset manager in Africa, has been caught up in some of the recent scandals such as the VBS bank where around R2bn was stolen.

Professor James Grant from the Wits School of Law said Holomisa's call for Matjila and the board to step aside in the meantime made sense.

"All I can say is that it makes good sense, I don't think there's a legal argument for it or binding legal duty on anybody... but his point is a valid one," Grant said.