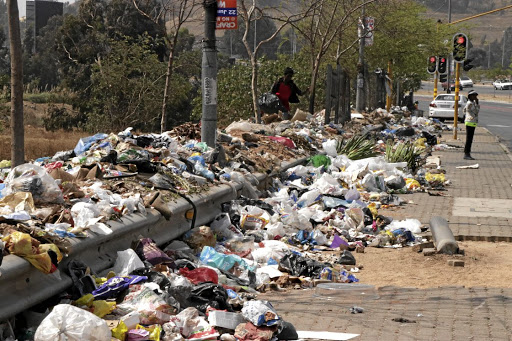 Pikitup‚ the waste management entity of the City of Johannesburg‚ said on Friday it had significantly reduced the waste removal backlog that residents of the city have experienced over the last few weeks.

The waste removal service was disrupted at the beginning of the month‚ leading to waste piling up on the city’s streets.

The backlog arose after the city’s ad hoc fleet contract expired at the end of September. The contract provided additional vehicles to Pikitup to compensate for the aging city-owned fleet that had a high incidence of breakdowns.

Earlier this week‚ the municipality suspended senior officials over their alleged bungling of the tender.

Five to appear in court after attack on Pikitup manager

In a statement on Friday‚ Pikitup said its employees would continue to work weekends and overtime until the backlog was cleared‚ including at illegal dumping spots.

Pikitup said the city manager’s office had put in place a short-term ad hoc contract that will run until March 2019‚ while a permanent solution to replace the aging fleet was being devised.

Pikitup MD Lungile Dhlamini thanked affected residents for their patience while the situation was being resolved.