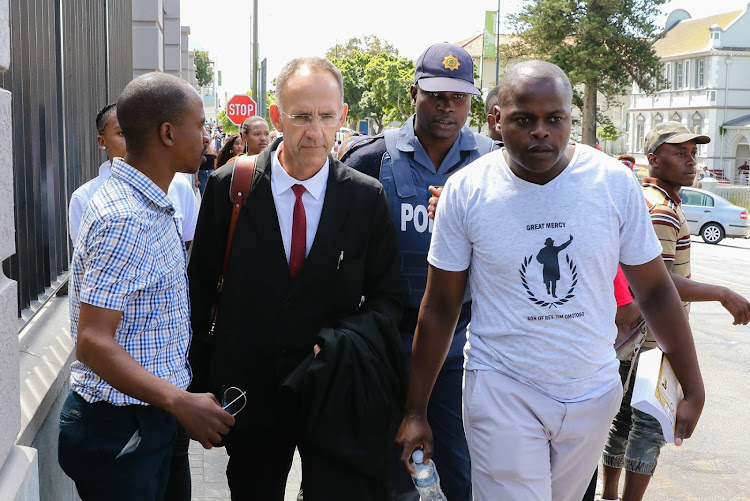 This is the view of one the country’s leading criminal law experts and chairman of the Law Society SA’s criminal law committee‚ William Booth.

He was speaking after Twitter user Just_Thembi posted what was purported to be the cellphone number and address of Omotoso’s lawyer‚ Peter Daubermann‚ to her more than 380 followers.

Her followers’ reactions were mixed. @xolani_j_frank responded: “You may land in serious trouble ‘should’ anyone decided to act upon this … just saying.”

You may land in Serious trouble "should " anyone decide to act upon this...... justSaying

But Twitter user @NomathembaBMhlaba saw nothing wrong. “This a meme dnt be sensitive he/she just shows that is disgusted by this lawyer‚” she responded.

Booth said the posting of Daubermann’s details‚ whether correct or not‚ amounted to intimidation. He said people tended to be irresponsible on social media and this could land them in hot water.

“This has happed in a few other cases as well‚ where members of the public for some reason get upset because an accused is being represented by a lawyer and that is his full constitutional right‚” he said.

“They get upset about that and start making threats against the lawyer. That is wrong. If they have got any complaints about a lawyer‚ they must then complain to the organisation that regulates lawyers.”

Booth said criminal trials could be hostile towards witnesses and prosecutors needed to prepare them well. He said prosecutors were supposed to object if a lawyer was being unreasonable towards a witness.

“You can’t say‚ ‘I don’t like this lawyer because he is defending somebody who has allegedly raped‚ and therefore I am going to start threatening this lawyer’. That is irregular and illegal‚” said Booth.

“The criminal court can be an antagonistic place for witnesses‚ and they have to be properly prepared.”

Dauberman’s cross-examination of Cheryl Zondi‚ one Omotoso’s alleged victims‚ sparked social media outrage. The Commission for Gender Equality said it intended to approach the judiciary and the General Council of the Bar to discuss what it termed unfair treatment of rape victims in court.

Commission chairperson Lulama Nare said: “Although the Commission for Gender Equality respects the independence of the judiciary‚ gender blindness cannot be used as a source of inadvertent secondary victimisation.”

Omotoso‚ 60‚ and his co-accused Lusanda Sulani‚ 36‚ and Zukiswa Sitho‚ 28‚ are facing a raft of charges in the high court in Port Elizabeth‚ ranging from sexual assault to rape and human trafficking.