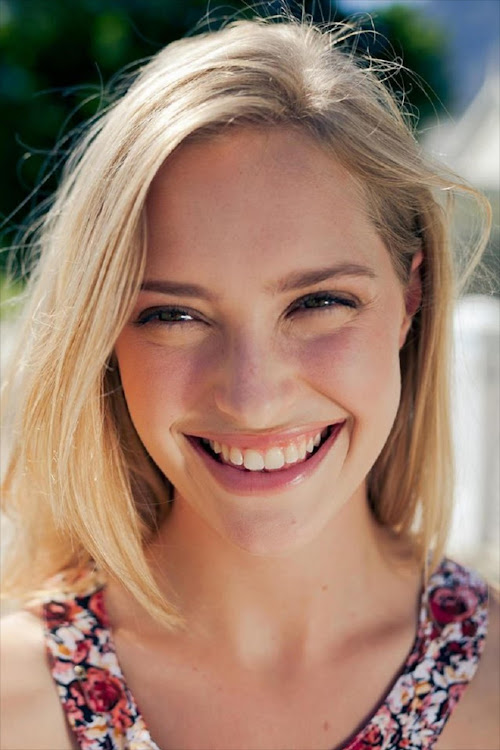 On Wednesday‚ crime scene experts testified how they collected DNA and fingerprint evidence from Cornelius’s blue VW Citi Golf in which she and Cheslin Marsh were hijacked on Saturday May 27‚ 2017.

Captain Nomfundo Ngwenya‚ a fingerprint expert‚ told the high court in CApe Town she matched palm print evidence from the vehicle’s boot to the second suspect in the case‚ Geraldo Parsons. She could not match other finger and palm prints on the vehicle to the three other suspects‚ Vernon Witbooi‚ Eben van Niekerk and Nashville Julius.

Marsh‚ also a student at the time‚ met Cornelius for the first time at the Bohemia pub in Stellenbosch on the night of Friday‚ May 26. From there they went with friends to a university residence where they had a few drinks before going to a town centre night club. Marsh then walked Cornelius home to Irene women’s residence‚ and when he wanted to skateboard home she insisted on driving him.

Shortly after arriving in front of the Nouveau block of flats‚ the new friends were about to part ways when they were allegedly pounced upon by the four accused. Video evidence of the incident‚ which was played in court‚ also allegedly shows the men attacking them at about 3.20am.

Julius is only charged with aggravated robbery and kidnapping‚ as he is said to have left the scene before Cornelius and Marsh were allegedly abducted by the other three suspects.

The murder of 21-year-old Stellenbosch student Hannah Cornelius’s shocked South Africa. By using newly released CCTV footage of the alleged perpetrators, along with confessions of the accused and witness testimonies, we are able to map out the most likely sequence of events that led to her death and the arrest of the suspects after a high-speed car chase through Stellenbosch. Subscribe to TimesLIVE here: https://www.youtube.com/user/TimesLive

Between Stellenbosch and the scene on Knorhoek Road where Cornelius’s body was found four hours later‚ Marsh was beaten unconscious and left for dead in a field in Kraaifontein.

When he recovered consciousness‚ he ran 300m to look for help. Avral Fortuin‚ from Bernadino Heights‚ testified how at about 8am he heard knocking at their kitchen door.

At first he thought it was their young ridgeback dog’s tail‚ but when he looked through the window he saw a bloodied‚ shoeless Marsh standing with his back against the wall cornered by the dog.

Two weeks earlier‚ a bloodied young man had scaled their wall and tried to get into the house “with all might and power”.

“I said‚ ‘what do you want? Why are you in my backyard?’ My behaviour was influenced by what happens in our area‚ the criminality and drug use‚” said Fortuin.

During the day‚ he said‚ the field where Marsh prayed before being stoned with half-bricks‚ was used as an informal dumping site. At night‚ all manner of unsavoury acts took place there‚ including drug abuse.

“We can often see fires burning in the veld at night‚” said Fortuin.

“[Marsh] said he jumped over the wall. I said he can jump right back over the wall‚” Fortuin told Judge Rosheni Allie. “He said‚ ‘if I jump over they’ll kill me’‚ and then he asked to call his mother.”

From inside the house‚ his wife had shouted‚ “so now you want our help?”

The couple called the police‚ who came and loaded Marsh into a van.

Meanwhile‚ the head of Stellenbosch detectives‚ Colonel Damon Beneke‚ was at the scene where Cornelius’s body was found on Groenhoek farm. When he heard about Marsh’s story‚ he sent Sergeant Marlon Appolis to investigate. Three days later‚ Beneke interviewed Van Niekerk in his office after he was arrested in his home in Cloetesville. Van Niekerk began by saying that he and three other men‚ two of whom he identified as Raldo and Katjies‚ were walking through Stellenbosch when they saw Cornelius’s car.

Before he could testify further‚ Beneke warned him about the repercussions of conducting the interview without legal assistance. Beneke said he did so because it was clear Van Niekerk was “not very well schooled”.

Van Niekerk said he would rather continue the interview because “all he wanted to do was clean his heart”. He said although he was with the men‚ he had committed no crime.