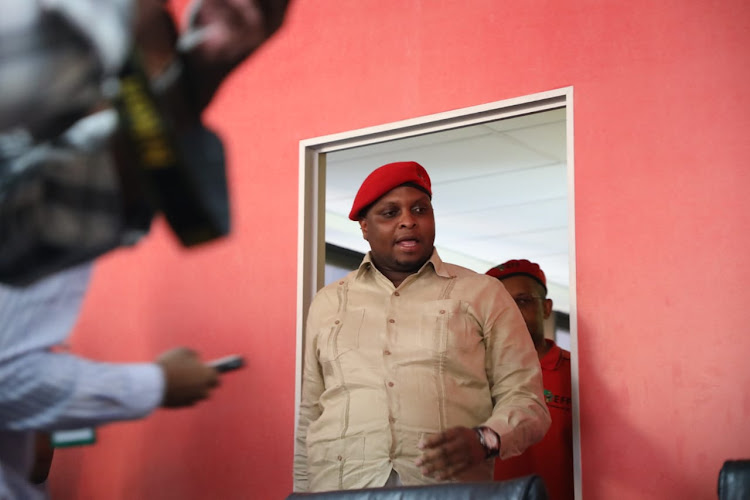 The EFF has reiterated that it has full confidence in its deputy president Floyd Shivambu who, through his brother, has been linked to the looting that took place at the VBS Mutual Bank.

The 143-page report, drafted by advocate Terry Motau, revealed Shivambu’s brother Brian is among 53 people who benefited from the looting, to the tune of R1.8bn, that took place at the bank in just over three years.

Brian is said to have received R16m from the bank and a Daily Maverick expose subsequently claimed that R10m of that money went Shivambu via a company called Sgameka Project.

“We have full confidence in our deputy president Floyd Shivambu. We remain united and unshaken by any and all attempts to slow down or discredit the EFF,” said EFF leader Julius Malema

Addressing a media conference for the first time since the release of the report, Malema said that their belief is that there are people who wish to see the collapse of their political party and are using the VBS report to do that.

Without revealing the details, Malema said that Shivambu had spoken to the party’s leadership regarding his alleged involment.

“The enemies of our revolution who wish to see the EFF, which is the only voice of the poor, silenced are seeking to bring in both our deputy president and the organisation through a backdoor into the VBS saga,” said Malema.

“The deputy president of the EFF, Floyd Shivambu, has taken the EFF leadership into confidence in relation to VBS media claims and we have no reason to doubt him. More so because he’s not mentioned in the official Motau VBS report.”

Malema said that they are aware that that there are several people who are challenging the report.

Malema said that, as the EFF leadership, they are disgusted by those who “facilitated the collapse of the bank for selfish and self-enrichment purposes at the expense of the poor” but reiterated that they are against the closure of the bank.

“VBS Mutual Bank was founded on the deposit of humble rural self-help financial associations like stokvels and burial societies. The corruption and maladministration therefore saw many of the villagers unable to even bury their dead.

“We therefore reiterate that all those who have been found to have benefited illegally from the bank’s collapse must be criminally prosecuted,” he said.