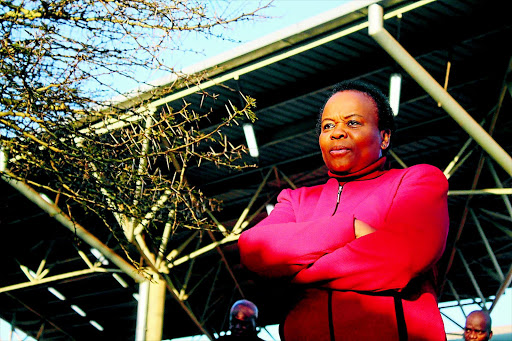 On Tuesday, Gauteng MEC of health Gwen Ramokgopa told the standing committee on public accounts (Scopa) in the Gauteng legislature that 30% of all patients who walk into the department’s facilities are foreigners.

Speaking to Sowetan after presenting the annual report of the department for the 2017/18 financial year, Ramokgopa said health facilities welcomed 20 million patients, including repeats, a year. This translates to six million patients from outside South Africa's borders when calculated at 30%.

“Sometimes they don’t disclose where they are from. If you are Mhlongo [you] can be from Mozambique, South Africa, even Zimbabwe. Mokoena can be from Lesotho, Ndlovu can be from Swaziland. Where there is disclosure, which we encourage, the estimates are that 30% of our patients are foreigners. Some are documented, some are not documented. It is a cost that we are sharing between South Africans and our foreign brothers and sisters. Someone must pay for it. We need resolution on this matter as the health sector,” said Ramokgopa.“

The Gauteng province is in dire need of six new hospitals to deal with its extreme overcrowding problem in public health facilities.
News
3 years ago

When I visited Kalafong [Hospital in Pretoria] about two to three months ago, the obstetric unit, the maternity unit, they [health workers] say it is seasonal. In some months, 70% of their patient load is from foreign patients.”

She urged South Africans and "their foreign brothers and sisters" to campaign for basic health services to be provided close to where people live.

“Just imagine a pregnant mother having to travel all the way to land at Steve Biko [Hospital in Pretoria] not knowing whether they will survive or not. Even after delivering the baby here, there is no warmth of a larger family to support this mother,” she said.

Ramokgopa earlier told the committee that every hospital in the province has begun requiring an address from patients and invoices are served to those addresses.

“In many cases those addresses are found to be invalid… Already we have started issuing those invoices to some of the embassies and consulates. Some have responded positively. Some have said that they were not aware that their nationals are in South Africa and they can’t take responsibility for them. Indeed, we have raised this with the national department of health…We’ve also requested home affairs and Dirco [department of international relations and cooperation] to assist in this regard.”