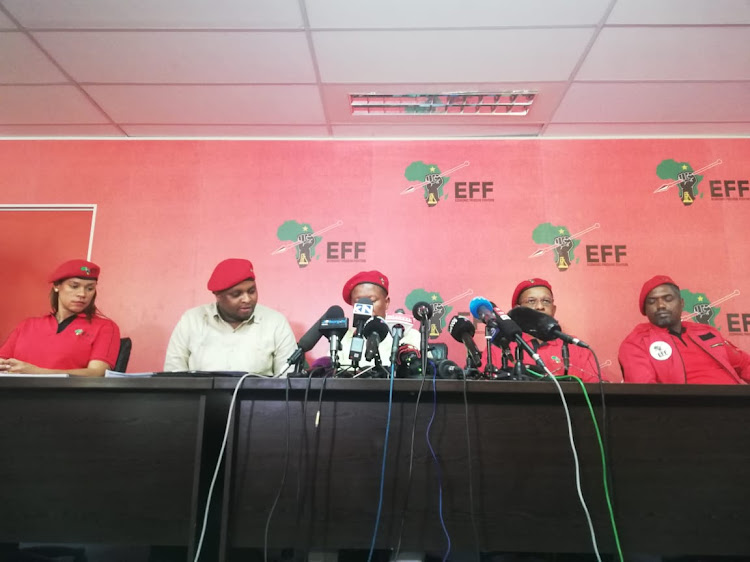 The EFF has never received money from Floyd Shivambu’s brother Brian or any companies linked to him, the party’s leader Julius Malema said on Tuesday.

A forensic report by the SA Reserve Bank revealed that Shivambu’s younger brother received over R16m from the looted VBS bank.

A subsequent report by the Daily Maverick alleged that Shivambu received R10m of the total amount received by his brother into his personal account via a business called Sgameka Project. Other reports claimed just over R1m went to the EFF.

After the report, Brian released a statement, which was later withdrawn and replaced with a different one, in which the younger Shivambu brother said he had committed to giving his elder brother support “which I have done where possible". It was not immediately clear whether the support he referred to was in any way financial.

“We have never received any money from Sgameka or Grand Azania or anything of that sort in the EFF," said Malema. "We have not received any donation from Brian. That [is] from the preliminary investigation we have done.”

Malema called on “anyone” at the SA Reserve Bank who has information to the contrary to “exchange the notes” with them.

He went on to question Reserve Bank’s role during the looting.

The Reserve Bank is supposed to monitor banks and move in on them when they notice irregular transactions.

“When there is crime committed and stats is released that murder has increased, we blame it on police. We say ‘police are useless’ ‘why are police not intervening?’. [The] Reserve Bank is the police of banks. Where was the Reserve Bank? Why are you vindicating the authorities? Why are the authorities not implicated? Why [is] there no one in the Reserve Bank who takes full responsibility for these shenanigans?,” Malema asked.