Teen hit in back as cops open fire 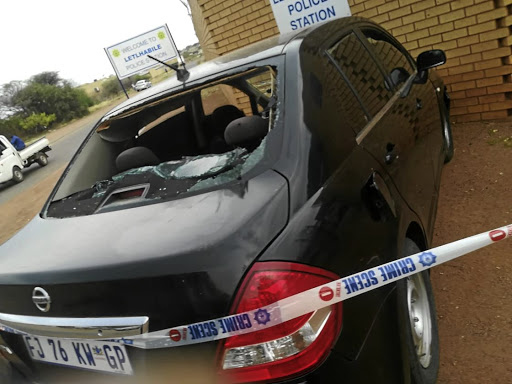 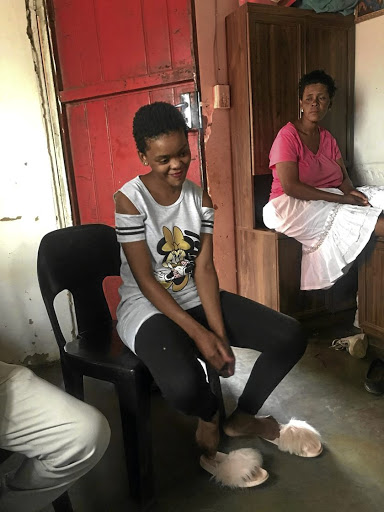 A 19-year-old woman who was shot in the back in a case of mistaken identity by police is counting her blessings after her close shave with death.

Kgalaletsang von Willigh of Brits in the North West told Sowetan she thought she was going to die when police opened fire at the vehicle she was travelling in last week.

Von Willigh and her grandmother were passengers in the black Nissan Tiida driven by her former high school teacher Tshepo Nthethe in Letlhabile.

Police apparently in pursuit of suspected criminals opened fire on the vehicle, spraying it with no less than 10 bullets that shattered its windows.

Von Willigh said they stopped at a library, where Nthethe met his brother.

"Mr Nthethe was parked at the entrance of the library when a vehicle stopped behind us and flicked its lights. We thought it wanted to enter the library so Mr Nthethe moved his vehicle," she said.

She said they heard gunshots shortly after moving their vehicle. "Mr Nthethe told us to get down before he sped off. We were scared and thought we would die because I felt a stinging sensation in my back and saw blood. I knew I was shot," she said.

Her mother, Neo, said doctors told her that her daughter was fortunate not to have been left paralysed. "The bullet was lodged in her lower back, next to her spine," she said.

Both her grandmother and Nthethe were unscathed.

Nthethe, a teacher at Lot Mashiane Secondary School, said the five armed police officers in civilian clothes and an unmarked vehicle did not identify themselves.

"I drove for about 12km to the nearest police station while they followed us and continued firing shots at us. I thought they were trying to hijack me and that's why I didn't stop during the car chase."

He said the police officers continued firing shots at them even after they had reached Letlhabile Police Station.

Independent Police Investigative Directorate spokesperson Moses Dlamni confirmed an investigation into the shooting. "We can only charge the suspects once we have concluded investigations."