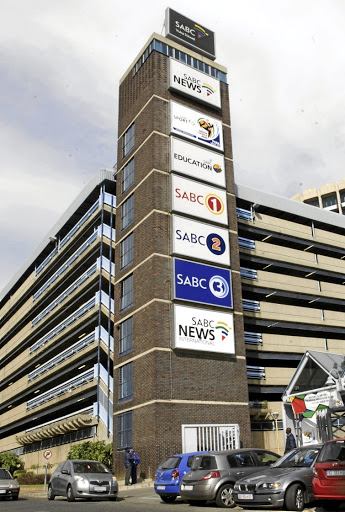 Cash-strapped SABC is struggling to cover the cost of broadcasting football on its channels.
Image: Tyrone Arthur

After a weekend in which the SABC blacked-out Bafana Bafana's record win on its platforms, soccer fans could be up in arms as they may no longer be able to watch Premier Soccer League on the public broadcaster.

The cash-strapped SABC wants to stop flighting the popular Absa Premiership games, apparently because beaming the games was "too costly".

According to an insider, over the past five years, the SABC lost R1.6bn broadcasting local football as it has to sub-licence for the PSL rights from pay channel SuperSport.

"If you take these rights from SuperSport for R500m, you know you'll only monetise R100m," said the insider.

"You sign up for these rights fully knowing upfront that you're going to make a loss of R400m. And you can't not sign because your mandate says you must show sports of national importance and interest," said the insider.

On Saturday, those without access to SuperSport were left in the lurch when the public broadcaster did not flight the African Cup of Nations qualifier between Bafana and the Seychelles, which Bafana
won 6-0, after failing to reach an agreement with the SA Football Association.

It's alleged SABC outside broadcast vans were turned away from FNB Stadium as they tried to set up in the hope that a deal would be struck at the last minute.

The SA Football Association (Safa) has accused the SABC of mounting a disinformation campaign surrounding the stalled new broadcast agreement for ...
Sport
3 years ago

Sowetan understands the SABC does not want to pay R110m demanded by Safa to carry the Bafana games on all its platforms as the broadcaster only generates R10m from the production.

"With regard to PSL rights, SuperSport chooses all the top games involving the big teams and also gets to approach advertisers first, and they normally would not want to spend twice," said the source.

"The sports rights, particularly soccer, are the biggest cost for the SABC. We can no longer afford to carry even the PSL games."

The source said if the government wants the SABC to flight the games, then the state should fund the production costs.

SABC CEO Madoda Mxakwe said that in the previous financial year, it spent R644m on general sports rights but generated R12m only in advertising revenue, thus making a loss of R632m.

Mxakwe, however, couldn't respond to the PSL rights as the broadcaster was still negotiating with the soccer body.

"As you can see, last week it was Safa, next week it's the PSL, the other week it's rugby. Our biggest worry is that it is affecting ordinary people," said Boloka.

PSL spokesperson Luxolo September said the SABC has not raised the issue with league.

"I cannot comment on speculation as I'm not privy to any discussions that the SABC is having internally," he said.

Safa) has confirmed it has cut ties with national broadcaster SABC.
Sport
3 years ago

Most South Africans may not be able to watch Bafana match against Seychelles.
Opinion
3 years ago

South African soccer lovers face the threat of yet another Bafana Bafana and Banyana Banyana blackout after it emerged on Thursday that the SABC and ...
Sport
3 years ago
Next Article