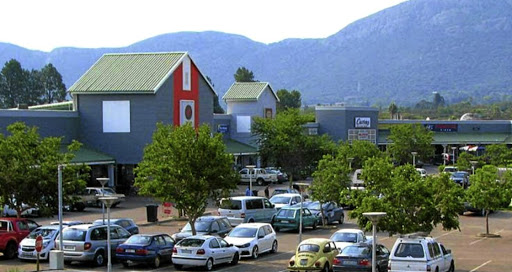 Police are investigating the owner of Spar and Food Lovers Market stores at the Sedibeng Plaza. / Supplied

Several employees of the Spar and Food Lovers Market in Hartbeespoort's Sediba Plaza have accused one of the managers and the owner of assault and abuse.

Chris Giannakopoulos, the owner of the businesses, is alleged to have physically assaulted and verbally abused a female employee in the latest case at the Food Lovers Market store while the manager stands accused of sexual assault.

An employee, Memory Mupundu, 26, has since opened a case of common assault alleging that Giannakopoulos assaulted her on Friday last week.

Police spokesperson Brigadier Sabata Mokgwabone confirmed a case of common assault was being investigated, adding that the police have also established two other cases of sexual assault have been opened.

"No arrest has been made at this point as we have decided to investigate the three cases to get all the facts so it can be taken to court for conclusion," said Mokgwabone.

Giannakopoulos refused to comment about the allegations, opting to repeatedly hang up the phone when Sowetan contacted him.

According to Mupundu, Giannakopoulos was angry at the manner in which his employees were cleaning his newly opened Food Lovers Market store.

Mupundu said Giannakopoulos had punched her on the face in front of two managers, adding that she was working as a cash office administrator at the Food Lovers Market.

She said on the day of the assault, Giannakopoulos had arrived at the store at about 7am and started to verbally abuse the staff who were on duty.

"He then walked into the cash office where he found my float [cash drawer] on the table and accused me of preparing to take the money with people from outside," she said.

Ocean Basket manager 'assaulted' by colleague at the Jozi eatery

An Ocean Basket male employee has been arrested following an altercation that left his female manager with bruises on her face and stitches above her ...
News
3 years ago

"I told him his wife had asked me to take out the floats and prepare them early for cashiers. He started swearing at me... shouting, and he punched me on the left side of my face."

A former employee at Spar, who asked not to be named for fear of victimisation, told Sowetan that he quit last month as a result of unbearable working conditions.

A female employee, who also chose not to be identified, told Sowetan that she was present when Giannakopoulos punched Mupundu, adding that she was shocked.

"I saw her [Mupundu] walking away in tears and I almost cried. I realised I could be next," she said.

Another employee who has worked at both stores said the staff feared their boss.

"When he is inside the store, no one goes to lunch because if he catches you [coming back] from lunch or returning from the bathroom he takes away the hours from your pay.

"He is rude and disrespectful. He only laughs with white managers, who get treated like normal human beings."

Please note that in the earlier version of the article, the North West police spokesperson Brigadier Sabata Mokgwabone named franchise owner Chris Giannakopoulos as the accused in a sexual assault matter. However it has now been established that this is incorrect.

The case opened against Giannakopoulos is that of common assault. One of his store managers is facing the two charges of sexual assault.

The article and headline have been ammended to reflect the changes.