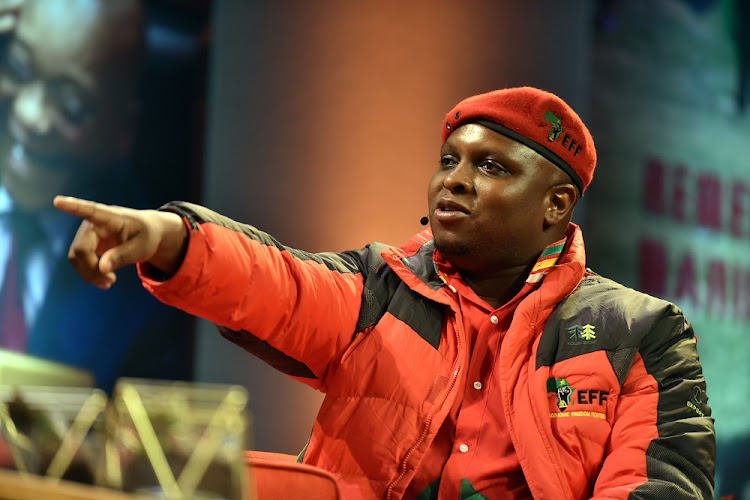 Earlier this year, Shivambu went full attack on Momoniat accusing him of  "undermining Africans" because of his continued presence at finance committee meetings in parliament.

He said on Business Day that Momoniat “does not take the director-general, the finance minister or the deputy finance minister seriously. He thinks he is superior to them. He takes all the decisions and he is always here in parliament as if he is National Treasury alone. He is supposed to focus on what he is assigned to."

Shivambu's comments received widespread criticism, with many suggesting that the young politician take time to educate himself on the country's history and Struggle stalwarts such as Momoniat.

Ranjeni Munusamy also wrote in the Sunday Times that there was no evidence to corroborate Shivambu's claim that Momoniat is racist.

This week the South African Reserve Bank released a forensic report on VBS which revealed that the bank had been defrauded of municipal funds and taxpayers' money amounting to billions of rand.

The report revealed that Shivambu's brother Brian was directly linked to the looting that took place at VBS in the past two years. The allegations are contained in both a report released by  the SA Reserve Bank titled ‘The Great Bank Heist’ by advocate Terry Motau and in a Daily Maverick article.

Brian is said to be among over 50 people who cleaned out the bank and got away with almost R2bn.

EFF says assets obtained through the looting of VBS Mutual Bank should be seized and those implicated should be brought to court.
News
3 years ago

According to the Reserve Bank report, Brian received R16m from the said looting. An amount of R10m of that is said to have been funnelled to Floyd’s personal account through a company called Sgameka Projects.

Enter Momoniat, a deputy director-general at National Treasury, who is central to the establishment of the investigation into VBS bank which has ultimately laid bare the “criminal syndicate” that operated in the bank and has called for the prosecution of the perpetrators.

Momoniat said that the commission should also look at political links to the bank as "there is no doubt that at one point VBS acted as if it was politically untouchable because they had protection," he was quoted on Business Day.

The EFF has not responded to the allegations contained in the Daily Maverick article directly linking Floyd - the second-in-command at EFF headquarters and the party’s chief whip in parliament - to the looting. It has, however, called for the prosecution of those linked to the VBS saga.

The party’s spokesperson Mbuyiseni Ndlozi did not respond to questions on whether Floyd’s remarks towards Momoniat were the official stance of the EFF or personal utterances.

“We gave her 300k and she cried [local lingo for complained] and said we gave juniors R1.5m and we give her 300k."
News
3 years ago
Next Article