Brian Shivambu ,a man said to be EFF deputy president Floyd Shivambu's brother, VBS Mutual Bank chairperson Tshifhiwa Matodzi and CEO Andile Ramavhunga have been fingered to be at the centre of the grand scale looting at the bank.

The Economic Freedom Fighters says assets obtained through the looting of VBS Mutual Bank should be seized and those implicated should be brought to court.

The party's statement does not refer to one of the largest beneficiaries of the largesse distributed by VBS in its attempts to secure deposits – Brian Shivambu‚ the brother of EFF deputy president Floyd Shivambu‚ who allegedly received R16.1-million from "gratuitous payments".

Mbuyiseni Ndlozi‚ party spokesperson‚ said in the statement: "The EFF notes the forensic report released by the South African Reserve Bank which demonstrates how VBS Mutual Bank was defrauded. The report shows that VBS defrauding is possibly the greatest bank heists in South Africa with close to R2-billion of municipal and taxpayers money looted.

"The EFF reiterates its position that all who are responsible and illegally benefited from the fraud must be criminally prosecuted immediately. As we have previously indicated‚ we also reiterate that they must be blacklisted. Above all‚ the law enforcement agency must do all they can to ensure that all the money that can be recovered must be paid back in full‚ including attaching properties of the individuals who benefited from the defrauding of VBS."

In March‚ the EFF lambasted the Treasury for putting VBS under curatorship and said the bank was being victimised because it had given former president Jacob Zuma a loan to pay for the non-security upgrades to his Nkandla home.

This week‚ the EFF said it was concerned by the findings that the bank cannot be saved.

"Shutting down the bank will not help efforts to increase black participation in the financial sector. A recovery plan that can save the bank or support of other black owned prospective black license applicants to service the people in the rural area with PTOs must be devised." Ndlozi also questioned why "such looting has been allowed to happen since 2015".

"Only upon the bank giving Jacob Zuma a loan did concerns arise and decisions to closely look into its affairs happen. "We call on the SARB [SA Reserve Bank] to review its ability and mechanisms to monitor banks as the failure of VBS is inadvertently the failure of the SARB itself to protect ordinary citizens from being scammed by institutions masquerading as banks under its watch." 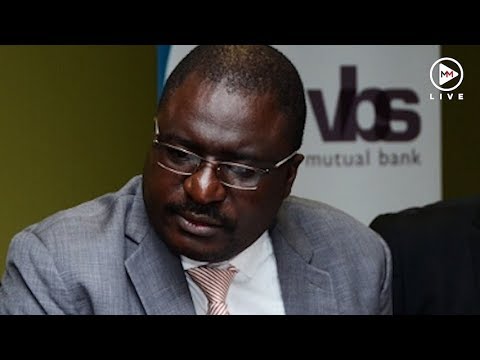