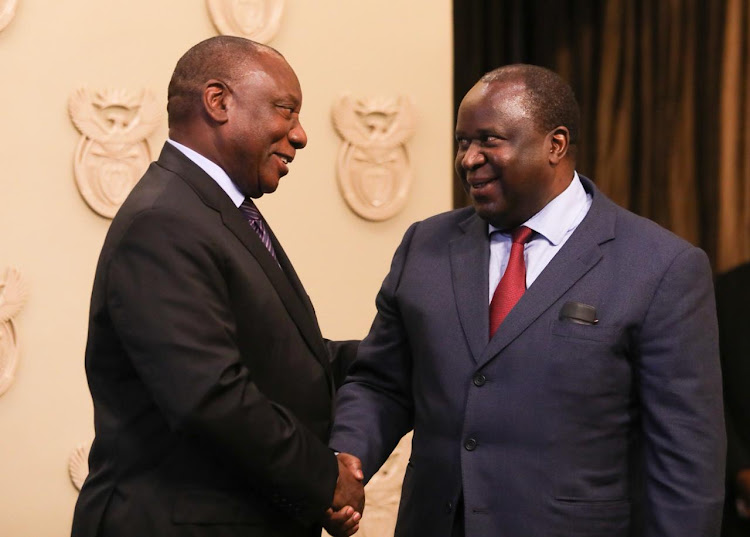 The National Union of Metalworkers of South Africa (Numsa) on Thursday denounced the appointment of Tito Mboweni as finance minister‚ saying the working class was "doomed".

"As Numsa we celebrated when Mboweni's term as Reserve Bank governor came to an end‚" Numsa chairman Andrew Chirwa said in a statement.

"This is because Mboweni is hostile to the working class majority. During his tenure as governor of the Reserve Bank‚ he bent over backwards to champion neo-liberal macro-economic policies‚ of the governing party‚ the ANC. These disastrous policies have entrenched and empowered a small minority of White Monopoly Capitalists in the economy."

"This had a negative impact on the economy and resulted in massive job losses‚ because hundreds of manufacturing companies closed down as a result of these policies. This crisis caused our members to march to his office in May of 2009 to hand over a memorandum on these and other issues. He displayed extreme arrogance when he refused to accept the memorandum of demands from our members‚ who were picketing peacefully about the effects of the extreme social and economic difficulties that they were experiencing at that time. Those conditions have worsened since he was at the helm‚" Chirwa said.

He said Mboweni had also displayed willful ignorance of the dire economic hardships faced by the working class majority.

"An example of this was on 22 October 2009‚ he made some very disturbing remarks about the impact of the 2008 global recession. With the conviction of a self-righteous AIDS denialist‚ he made this outrageous remark: 'We are experiencing a mild recession; it is not severe. If it was severe we wouldn't have so many cars on the roads and people buying these large houses‚' he said. 'Though spending patterns have come down ... [they did not fall to levels] of a severe recession'."

Numsa's KwaZulu-Natal branch agreed‚ saying it was clear that the ANC was not only short of capable cadres to advance a revolutionary agenda‚ but had run out of ideas to act in the interests of the working class‚ rural poor‚ disenfranchised youth and marginalised urban poor.

"The #ThumaMina mantra is an ideological fog to send the working class into slumber‚ whilst White Monopoly Capital remains firmly in charge of the economy and policy formulation‚" said regional secretary Mbuso Ngubane.

"His presence in public office signals the 're-incarnation' of the 1996 class project‚ which is anti-working class‚ and hell-bent on pleasing the markets and ratings agencies‚ whilst the working class majority are ravaged by squalor‚ living in poverty‚ subjected slavery wages and remain landless‚" Ngubane added.

Mboweni replaced Nhlanhla Nene‚ who resigned after disclosures that he had more extensive meetings with members of the Gupta family than he had previously indicated.

How Cosatu once kept Tito Mboweni out

Tito Mboweni, 59, became Reserve Bank governor in August 1999, when president Thabo Mbeki appointed him to the post.
News
3 years ago
Next Article