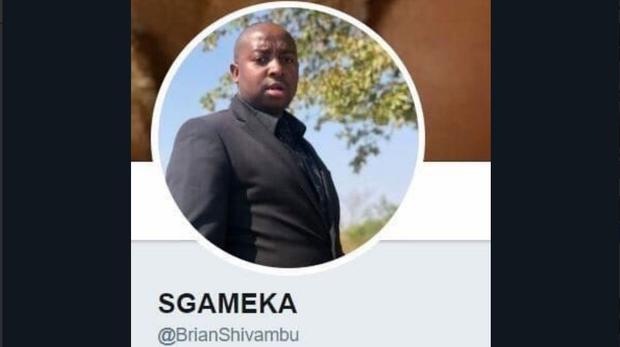 The brother of EFF deputy president Floyd Shivambu has threatened to sue the authors of the VBS Mutual Bank forensic report.

Brian Shivambu, who was fingered in the report as one of the beneficiaries of the looting that happened at the bank, says his name has been unfairly dragged through the mud and he will take legal steps against advocate Terry Motau SC.

In a statement released on Thursday, Shivambu says: “I intend to legally pursue the owners of the VBS report for defamation of my character and that of my company as well as for the strain this report has caused to my family.”

The younger of the Shivambu brothers says the monies deposited into his company Sgameka Projects’ account were payments for services rendered to Vele Investments, a majority shareholder in VBS.

“My company Sgameka Projects was appointed to provide professional consulting services to Vele Investments in 2017. My company did not have any business relationship, nor did it receive money from VBS Mutual Bank.

“Vele Investments told me that since they bank with VBS our company and myself as its director should open a bank account with VBS Mutual Bank for ease of payments. Receiving money through VBS account does not mean that VBS paid me money,” he said.

The report by Motau reveals that Brian Shivambu received R16.1m.

In what could be an explanation for the R10m the younger Shivambu is said to have deposited into his politician brother’s account, Brian said that he had committed to "supporting" his brother where possible.

“My brother Floyd Shivambu is the deputy president of the EFF and not the owner of my businesses. I committed to him that I will give him support, which I have done where possible,” said the former EFF official.

He added that he was willing to corporate with any investigations but would seek to clear his name as he was never given the opportunity to explain his role in the saga.

In his initial press statement Brian Shivambu mentioned the following:

"I previously worked for the EFF Students’ Command as an administrator after I had been a Volunteer at the Head Office since 2013. I left the employment of the EFF in June 2017 to focus on my business interests."

He has now sent out a second document in which the paragraph above has been removed. 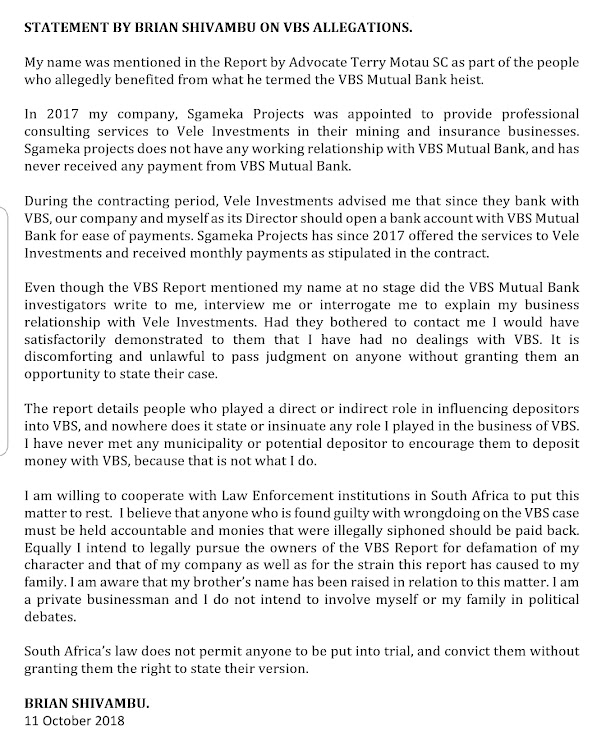 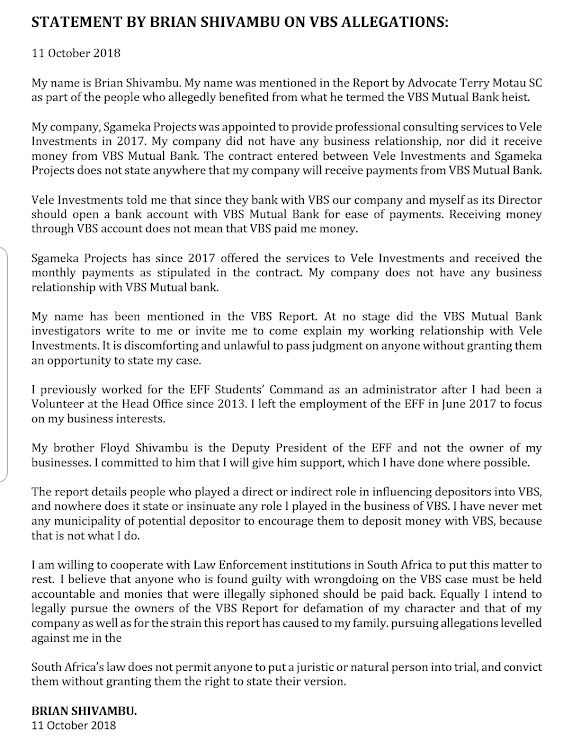